Earlier this year an attempt by Non-Standard Finance (NSF) to buy Provident Financial plc failed. The takeover bid was thwarted by shareholder resistance and represented a tough moment for the lender – with some fairly onerous consequences. The latest financial results from NSF reflect this, with significant losses generated by the failed takeover attempt as well as other costs that have eaten into revenue. Despite these less than positive results, NSF remained relatively upbeat in statements released alongside its figures. But should it be? 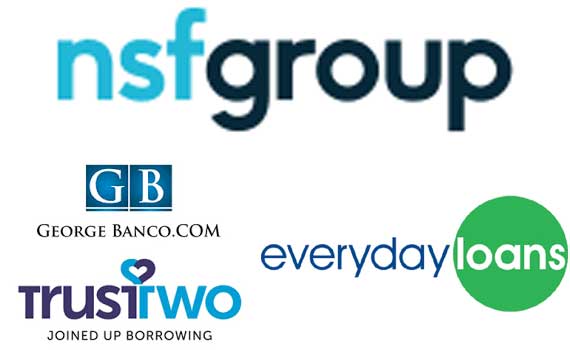 Who is Non-Standard Finance?

It is a UK based consumer finance company and the third-largest provider of home credit in the country. It has a number of different trading names and subsidiary brands, including George Banco, Trust Two, Everyday Loans, Selfy Loans and Loans at Home. NSF was established to help provide credit to the 10-12 million UK residents who are not well serviced by mainstream lenders, such as high street banks. All the products offered by the businesses in the group fall into one of three categories: home credit, guarantor loans and branch-based unsecured lending. Although NSF was only set up in 2015 it has experienced a lot of growth in the years since then and has made a number of acquisitions that have driven this, including acquiring Everyday Loans and George Banco.

Earlier in 2019 NSF dropped a hostile takeover bid that was aimed at rival lender Provident Financial. The bid had been worth around £1.3 billion and would have secured NSF’s position in the market, added significant doorstep lending capacity to its portfolio and reduced viable competition for consumers. The bid was opposed by a substantial number of Provident Financial shareholders and also faced a probe by the UK’s competition watchdog. In June this year, NSF announced that it had dropped the hostile takeover bid, a move that left the lender with millions of pounds in transactions fees and a wealth of other costs. The failed takeover bid has clearly left NSF slightly bruised, not just financially – NSF management still maintains that the takeover would have been a good idea for consumers, as well as employees and shareholders of both businesses.

Partly as a result of the costs that were generated by the abandoned takeover, the latest figures from NSF make for difficult reading. In the six months to the end of June this year, pretax losses at NSF increased to £22.8 million (up from £2.6 million the year before). This was despite a fairly sharp increase in its loan book that provided a substantial boost to revenue. Major damage to the NSF figures was done by a £12.7 million exceptional charge that was associated with the failed bid to take over Provident Financial. NSF also suffered from a £12.5 million write-down on the value of the group’s home credit business, Loans at Home.

Some good news too

Outside of this, there were some positive figures within the financial results, including an increase in underlying revenue, up by 12% to £88.3 million thanks to a 7% rise in customer numbers. NSF’s total loan book was 26% larger than the figures for the year before as a result of a rise in branch-based lending. The lender also saw a 53% increase in guarantor lending, which helped to offset a 6% drop in home credit loans.

Despite the significant losses that leave NSF with £285.3 million in net debt overall, the lender itself remains “cautiously optimistic” about the future. In fact, at the same time as the results were released NSF declared a 17% increase in the half-year dividend to 0.7p per share.

The expansion in the volume of guarantor lending at NSF is one of the reasons that the business is able to sustain optimism despite some fairly hefty losses. However, given the recent focus at the Financial Conduct Authority on reforming the guarantor loans sector, this could potentially be problematic for NSF in terms of recovery. Nevertheless, the lender has made it clear that guarantor loans will still be part of the service that it offers to consumers. It also said it will “continue to monitor all regulatory developments closely” with a view to working with the authorities where necessary and taking part in industry discussions.

The non-mainstream credit market continues to evolve and NSF remains one of the most dynamic lenders in terms of its attempts to merge and grow. Despite the losses posted in the recent results, it’s unlikely that the business will be unable to recover.

Thinking of applying to George Banco or TrustTwo? Then use our enquiry service and compare them to other lenders at the same time.