What to do When Interest Rates Start to Rise

If you want to know the pulse of an economy, the best place to start is to look at the trends in interest rates and inflation rates. After the 2008 financial crisis, the Bank of England (BOE) has closely monitored the movements in interest rates. Except for the period between August 2018 and March 2020 when the BOE hiked the base rate to 0.75%, the rest of the period from March 2009 to date, the rate hasn’t gone beyond 0.5%.

As a policy response to the covid-19 pandemic, BOE lowered the base rate further to 0.1% to support consumer spending and job growth. However, this move has pushed price levels in the UK well above the 2% inflation target, mainly driven by factors like transport, housing and household services, and supply chain pressures. 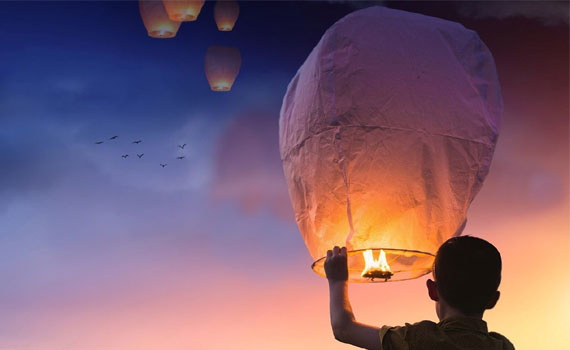 How Are Interest Rates Determined?

In the UK, the Monetary Policy Committee (MPC) holds a series of meetings and once every six weeks makes public announcements on the Bank Rate and publishes the MPC minutes.

The Bank Rate, also known as the Bank of England base rate, is UK’s most significant and closely watched interest rate. It is the rate at which the BOE lends commercial banks in the UK. Considering the state of the economy, particularly inflation and unemployment numbers, the MPC can either raise, lower, or leave the base rate unchanged.

UK Commercial banks are not obliged to follow the Bank Rate movement. However, an actual or expected rise in the base rate often leads to an upward review in the cost of mortgages though in varying proportions. For instance, lenders have started taking cheap mortgage deals off the market following expectations the BOE might increase interest rates in a bid to cool off the economy.

According to data collected by the Financial Conduct Authority (FCA), the value of outstanding residential mortgages as of 2021 Q2 stood at £1,584.1 billion. Compared to 2020 Q2, new mortgage commitments increased by almost 2.5 times to stand at £85.6 billion. Of the gross mortgage advances, slightly over half (56.6%) were made at interest rates less than 2% above the base rate. A typical two-year fixed mortgage will have interest rates of between 2.45% and 2.69%.

There is nothing you can do to stop banks from raising interest rates, but there are several steps you can take to minimise the impact that has on your repayments. Here are a few tips to start you off.

Understand The Structure of Your Mortgage Contract

Whether or not an increase in interest rates will affect your mortgage repayments depends on the type of contract you have. Here is a brief overview of the different interest rates charged on mortgage debt.

Knowing what your mortgage contract is means you work out how different interest rate scenarios will affect your repayments. For instance if you have a 25-year mortgage whose principal and interest rate are £130,000 and 2.5%. Your monthly repayment will be £583. If rates rise by 0.5%, you may find yourself paying £616, which is £33 more.

Determine Whether You Can Still Repay Your Mortgage

With the different interest rise scenarios before you, do a self-assessment of whether or not you can afford the repayments. You may have to forecast your earnings and expenses, cut where you can and see if that makes sense. If not, you can seek the help of a financial adviser.

Shop For the Best Deals

A rise in interest rates will most certainly put to an end the extraordinary cheap mortgages that UK homeowners have been enjoying. If your current mortgage deal is coming to an end, you may take advantage and remortgage to a better deal. To get the best deal, you must work to improve your credit score. A better financial profile will give you bargaining power whether or not you are remortgaging.

If your mortgage provider allows, you can make overpayments and save on interest payments down the road as rates rise. Check for limits to how much you can pay off early to avoid being penalised or charged.

Impact Of Rising Interest Rates on other borrowers

Other than homebuyers, credit card holders and people with unsecured or secured loans must also reassess their positions. For instance, existing small personal borrowers will typically not be affected by a rise in interest rates because their facilities are mainly on fixed interest rate contracts.

On the other hand, credit card holders may see a less-than-proportional upward shift in their monthly repayments. However, the increase may not be immediate as the card companies must first communicate to their customers and set an effective date based on the terms of their contracts. Credit cardholders may also cancel their cards and repay the accrued balance within two months. The interest billed over this period will be at a lower rate.

New personal loan borrowers and credit card applicants will have to contend with higher rates and monthly repayments. Again, comparing among different lenders will help in securing great deals.

If you have a variable rate Cash Individual Savings Account (Cash ISA) you stand to benefit when interest rates go up. A Cash ISA has an added benefit to ordinary savings account in that account holders don’t pay tax on the interest earned. Currently, the annual limit (ISA allowance) is £20,000, thus giving you considerable room to save and earn tax-free.

The competition for deposits may also see commercial banks and building societies raising their interest rates to attract more savers. Shop around for the best savings vehicles to cash in on the upward rates.

If you want to buy an annuity for your retirement savings, the best time is when interest rates are rising. In the UK, an annuity can be linked to government bond yields (gilt yields) and guarantee you a constant stream of income post-retirement. The best annuities for pensioners are index-linked annuities. These annuities guarantee savers a minimum interest rate and a variable rate linked to the movement in an index, say the FTSE 100. In the event of rising inflation, whether permanent or transitory and global supply chain bottlenecks, indexed annuities will protect the purchasing power of your future inflows.