When interest rates are low does it make sense to save?

These are lean times if you are a saver with interest rates at historically low levels after the financial crisis. And in the wake of the UK’s vote to leave the EU the Bank of England has cut its base rate to just 0.25 per cent – it can’t really go much lower.

While borrowers are enjoying an unparalleled run of low repayment rates, savers are paying the price for this. Rates on savings accounts in the UK are as low as 0.01 per cent.  If you’ve got £10,000 to invest and put it into an account yielding 0.01 per cent, then after a year you would have earned just £1 in interest. The highest rates on offer are currently around 4 per cent but these represent a tiny proportion of the market. The average interest rate in the UK on savings account is currently just a shade over 1 per cent. This level of interest doesn’t even cover inflation (RPI) which is currently running at 1.5%. 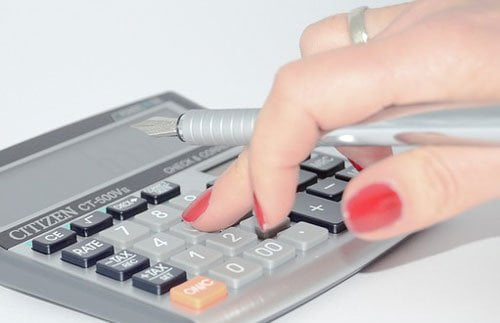 The basics of saving

If you’ve got money tucked away already, then the first thing that you should do is to check the rate that you are currently enjoying on your savings account. For most people, it’s going to be lower than the rate they thought they were on because the banks and building societies are able to change these as often as they wish. You may have opened an account to take advantage of a bonus interest rate or a fixed period. If this has now ended, then you’ll be on rock bottom rates like everybody else.

It may sound bizarre, but many current accounts offer higher rates of interest than a lot of savings accounts. The amount of competition in consumer banking means that banks are falling over themselves with offers to attract new customers. That means that some of them are now offering up to 5 per cent interest annually on accounts that have a certain amount in them. Other offers include cashback and payments for switching from a competitor.

Save a lot or a little?

If you have a sizeable sum to invest, then you might find that you are shut out of a lot of savings accounts which have upper limits on the amount that can be held. For those who do have a four or five figure sum to put aside, then it’s always worth looking to see whether you can earn a higher interest rate elsewhere.

With an ISA, you can save up to £15,240 in the current tax year and not pay any tax on the interest that you make. ISAs come in two flavours – cash ISAs with fixed or variable interest rates and investment ISAs which are linked to the stock market. Investment ISAs potentially pay higher yields but the downside is that you can lose some or all of your deposit at times of economic volatility.

You’re likely to get a higher interest rate if you make regular payments into a savings account and don’t withdraw any money for 12 months. Some banks offer these kinds of accounts to their existing customers with interest rates of up to 6 per cent available.

Make saving work for you

If you want to save money, then it should not be an afterthought. Being serious about saving means setting a monthly amount that you’re going to save and then putting this into a monthly budget. Then you have to actually deposit that amount into your savings account as soon as you are paid. If you simply leave it until the end of the month and save whatever is left over, then this will be a low priority and you’ll end up saving very little and using disposable cash for large purchases.

To avoid this, learn how to draw up a household budget and keep a close eye on how much of your income is used on bills and paying for your shopping, heating, travel, etc. Whatever is left over is what you have to spend between now and the next pay day. Now decide how much of a priority starting to save is and then set a fixed amount that you’ll pay into a savings account. Once you’ve decided this sum, set up a standing order for the money to be transferred from your current account into your savings account no longer than a day or two after you receive your salary.