Plan for your retirement now – it’s more important than ever

We are all living longer and are more active in old age than any previous generation. That means that while the population is ageing, the demands on the UK’s financial system will continue to increase while the proportion of younger people financing the retirement of millions of other people is actually falling. 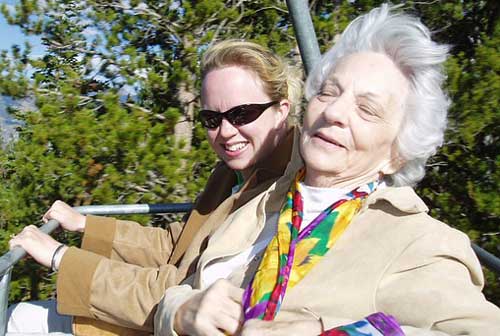 The importance of a work or private pension

Most people do not want to work until they drop. While the number of people choosing to delay retirement is growing, it’s unlikely that you will be able to work at the same intensity in your late 60s as you do, say, in your mid 40s or 50s. The British government has changed the rules around payment of the state pension with the age at which it can be drawn rising to 66 between November 2018 and October 2020, 67 between 2026 and 2028 and 68 between 2044 and 2046.

For many people, the state pension will not be sufficient to provide even the most basic level of income and so planning for your retirement is absolutely critical. Some will be relying upon the value of their current home to fund their retirement but for most, only an occupational or private pension will be enough to guarantee a certain standard of living. Changes to pension rules mean that once you reach the age of 55, you can draw down your pension pot as a lump sum or in instalments rather than using it to buy an annuity. But it should be remembered that these will usually be taxed at your higher tax rate.

Why starting early is better

You should start making decisions about your pension, how much you will need to live on when you retire and how much you can afford to put by now as early as possible. While saving for retirement may seem to have little benefit to you now, contributing to a pension is actually a way of creating a very high value asset.

Here’s an example: if you bought a pension annuity giving an income of £10,000 a year, then you would actually need a pension fund of £200,000 or more. If you waited until 55 to start saving this fund, then you would have to put aside £1,700 every month for the following years to have any hope of achieving that £10,000 a year income. Give yourself 20 years, and the monthly contribution falls to £850.

An occupational or private pension plan attracts tax relief meaning that your pension contributions are actually added to by savings in your income tax. Once your income goes over a certain amount, it is taken as tax either through the PAYE system or self-assessment. But if you pay money into a pension scheme, some of the money that would have gone in tax is instead diverted into the scheme. And if you are on a low income which is below the tax threshold, the government will still pay pension tax relief into your fund.

If you are in a job, your employer either has an occupational scheme or is in the stages of enrolling you in one of the new workplace pension schemes. This automatic enrolment is now becoming compulsory following new legislation.

Once in a work pension scheme, your employer will have to make contributions on top of yours. The employer gets tax relief on its contributions meaning that some contribute two or three times the amount of the employee each month.

How long will the pension last?

Most people consistently underestimate their life expectancy. It’s a little-known fact that a 65-year-old man has a greater-than-50% chance of living to 87 while a woman of the same age has a 50% chance of living to 90. This means that if you have only planned an income for 20 years of retirement, you have a 50% chance that you will not have anything to live on – other than the state pension – for 10 years.

Inflation also erodes income. While the UK has enjoyed low inflation since the financial crash, this situation will not continue forever. Once stronger inflation returns, it will mean that your money will not go as far as it does today. So an annual pension income of £20,000 may sound reasonable today but could actually be worth significantly less in real terms a decade from now.

If you’ve heard about equity release then you may wish to read more about it here.