In February the Office for National Statistics (ONS) released the 2016 Family Spending Survey. This statistics are designed to provide some insight into the financial habits of UK households, showing what we spend our income one. The most recent survey makes for some very interesting reading.

The figures in the ONS survey show that household spending remained pretty stable. The average household spend across the UK was £528.90 per week at the end of the 2016 financial year. 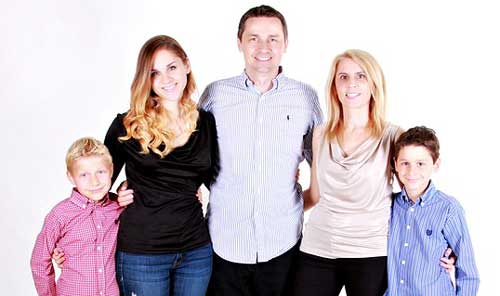 Spending priorities depend on earnings

Those households with a lower income spend a larger percentage of that income on food and energy costs. In comparison, in households with higher incomes, a much smaller proportion of expenditure goes on what most would consider to be the basics – warmth, food and light.

The ‘clean living’ trend is real

Brits are starting to move towards healthier ways of living if our spending habits are anything to go by. The ONS figures show that spending on alcohol and cigarettes, for example, has fallen considerably. Figures from 10 years ago showed weekly spending of £20 on cigarettes and alcohol. According to the most recent figures, this has now dropped to £11.40 per week.

Although we do still love to indulge

According to the ONS survey we now spend around £45 per week, per household on restaurants, cafes and hotels. Interestingly, this also includes the money spent on buying alcohol in the pub. So, while we might be buying less alcohol to drink at home, social drinking spending is going up. In fact, the £45 per week figure for restaurants, cafes and hotels is the highest in recent times – the first time spending has reached this level in this category in 5 years.

The figures with respect to spending on cigarettes are vastly different for households in different parts of the UK. The highest weekly spenders are homes in Northern Ireland where an average of £6.60 a week is spent on cigarettes. In Wales this is £3 and in Scotland £4.90. English households spend just £2.90 a week on tobacco. Given that the average cost of a pack of cigarettes is £7.98 that still means that the average household anywhere in UK is smoking less than a pack a week.

While the ONS survey doesn’t go into huge detail when it comes to alcohol it’s clear that consumption is different across the UK. The Scots, for example, prefer spirits and liqueurs (predictable, perhaps, as Scotland is the home of malt whiskey). Households in Scotland come in at the top of weekly costs when it comes to buying alcohol, spending £8.90 a week, as against the UK average of £7.80.

Weekly spending on transport came out at the top of the survey as one of the most consistently expensive outgoings. 14% of the total weekly spend of the average UK household is eaten up by transport costs. This amounts to just under £73 per week, per household. However, fuel costs have gone down so a lesser percentage of budgets was applied to cover the cost of petrol. At the same time, the cost of cars have increased and the ONS statistics showed that Brits are spending more than ever on buying cars.

Housing, fuel and power also used up around 14% of the weekly budget of the average UK household. Expenses such as rent, heating, water and maintenance cost us around £73 a week – that’s a figure that doesn’t take into account council tax or mortgage payments. Given that energy bills are forecast to rise further this year and property prices remain high, it’s unlikely we’ll see a drop in proportionate spending in this category between 2016 and 2017.

Technology is beginning to make an impact

The ONS survey highlights the increasingly essential nature of technology in all of our lives. 95% of households in the UK now have a mobile phone, a figure comparable to the number of UK households with central heating. There are no specific figures for mobile phone spend. However, average weekly spend on phones and postal services is £16 and the ONS figures indicate that more than half of this is attributable to mobile phones. This means that UK households are spending more than ever before on tech and comms.

The ONS surveys are always an interesting way to decipher where your household sits in terms of spending habits. Are you spending less on luxuries – or more on transport – than the average household? While not a blueprint, the survey can provide some useful guidance on where you’re doing well and where others are making savings that you could too.