The spending pattern of the average Briton may startle you

The average British household is spending nearly two thirds of its total income just running the home, according to the latest figures. While the median household disposable income is £27,600, a survey carried out by a major insurer found that the total average cost of a mortgage plus household bills is £20,000. While the average monthly cost of running a home purchased with a mortgage is £1,634, the survey also found that people who rent their home are paying a similar amount – £1,576.

Currently, the average yearly salary in the UK is £27,600. With two wage earners in a household both making this amount, it means that homeowners are spending just over 45 per cent of their take-home pay just servicing their mortgage and paying household bills. Those who rent, on the other hand, are paying a little under 43 per cent of their net salary on running the house. 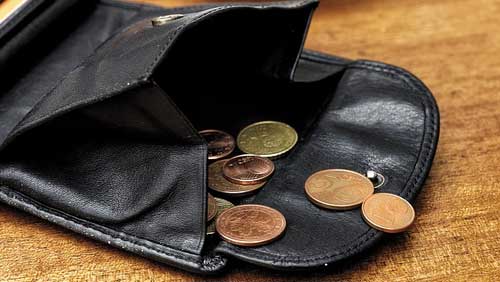 How is the household income spent?

The data uncovered by the survey also shows that the average cost of paying the regular bills in a three-bedroom home is greater than average mortgage or rent payments.

The survey demonstrates that millions of householders are at the limits of their income just to keep a roof over their heads and pay the bills to keep things running. Those figures are before the household pays for other things like shopping, travel expenses, debt repayments (other than those secured on the home) and insurance.

Other costs for the average UK household include:

The survey – carried out on behalf of insurer More Than – found that there are not any three or four bedroom houses in the UK where the cost of household bills plus mortgage and rent was not almost half of their total monthly take-home income. In London, the figures are even starker with more than two thirds of households paying more than £1,800 a month just to service the mortgage and keep up with household bills. In Northern Ireland the proportion is just 3 per cent.

Many people manage to save – a little

Despite the cost of running a household, figures from National Savings and Investments show that the average Briton still manages to save £100 a month. The government-run savings bank found that Britons are, on average, putting aside 8 per cent (£104) of their income in savings. Perhaps surprisingly, much of that average is made up by younger savers who are putting income aside to put down as a deposit on a house.

Those surveyed between the ages of 25 and 34 said that they were putting aside £125 a month on average, or 9 per cent of their income. This figure has been rising since the financial crisis of 2008/9 and now 59 per cent of people in this age bracket say that they are committed to saving for their first home or home improvements. But a significant problem has been that house prices have been rising faster than people can save for their deposit.

Despite the more optimistic picture on savings, other figures show that the average household is not putting nearly enough into a pension in order to maintain its income beyond retirement. Those who are on the average income of £27,600 a year would need a pension pot of £442,000 if they want to maintain this annual income after they quit work.

But the average British worker currently retires with a pension pot worth just £40,000! Survey after survey has repeatedly shown that the vast majority of people significantly underestimate both how long they will live for and how much money they will need to secure a comfortable middle age.

Assuming that your pension grows by 5 per cent a year (which, given current rates, is an optimistic figure), somebody who has just turned 30 will need to pay £413 a month into a pension fund just to be able to expect an annual retirement income of £15,000 after they reach 67.

Even the middle aged would be struggling to reach their target, the latest figures show. Most people over the age of 45 say that they expect their pension to give them an income of more than £12,500 a year when they retire. But at current savings rates, virtually all of those would find that that their pension would only give them an income of less than a third of this figure.