How much pension should I save for retirement?

While the sums that you can plough into a pension scheme will depend upon what you can afford to put aside each month, the main rule of thumb is that the longer you leave it to start, the more you will have to start saving.

Recent surveys have shown the British consistently underestimate how much they need to put by to guarantee anything like a comfortable retirement and that they leave it far later to begin than they should. Get this wrong and there’ll be little chance of putting anything “exotic” on your bucket list! 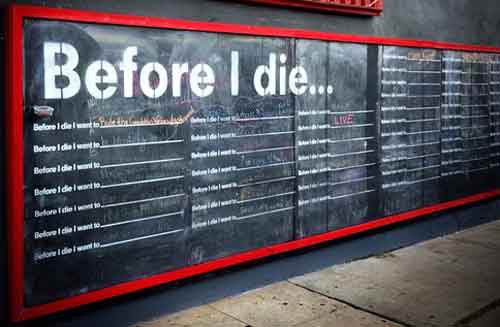 So, what do you actually need to retire on and how much do you need to put aside to get there?

There are two main options when it comes to saving a pension while in work: defined contribution schemes and defined benefit schemes. Defined benefit schemes are better known as final salary pension schemes and are gradually being phased out as employers find that they can no longer afford to fund them. That’s because the benefit – the amount that you get each year after retirement – is fixed and it is the employer’s responsibility to ensure that this is realised. You also have to contribute to this type of pension out of your monthly salary.

With a defined contribution scheme, both you and your employer pay into a pension pot and this is then invested for you. Your employer will decide the minimum amount that you have to pay into the scheme and this will be deducted from your monthly salary. You can save more than this if you want to but you will generally be locked in to higher payments for 12 months if you decide to do this.

There is no ‘set’ amount that you will receive upon retirement with a defined contribution scheme. The money is invested and you will receive projections throughout the life of the plan – but these are not guaranteed and, as we have seen since the financial crisis, the annuities that pension pots can buy have fallen in value considerably.

When you do get to retirement, you can keep your total pot invested and just draw down money as income or simply buy a regular income in the form of an annuity which will be paid every month until your death.

New government rules mean that you can now withdraw your entire pension pot and spend it or invest it as you wish but this is subject to higher rates of income tax.

How much will you need?

Recent reports have shown huge differences in the amounts that people expect to be able to receive in retirement compared with the reality – and it doesn’t make easy reading. Scottish Widows reported that people aged between 30 and 55 thought that they would need a minimum of £23,500 a year to live on when they stopped work but that those saving the average amount a month – £142 – should only expect an income of just £15,600 upon retirement.

So, how much will you actually need to put by each month to come close to guaranteeing a reasonable and enjoyable old age? There are a few things to remember when it comes to planning this – firstly, your outgoings on retirement are going to be considerably lower than while you are working. You’ll be at home, primarily, and won’t have to spend money travelling to and from work. More time at home will also mean that you’ll make savings on things like shopping and going out. But you will also have to spend more on heat and light. Generally, though, you should expect your outgoings to be 50 per cent lower than when you are working.

You should – assuming you are on a repayment mortgage – not still be paying for your house, not have to support children and not spending large sums on food and drink while a work.

You will also be in receipt of the new flat-rate state pension will will be a minimum of £151 a week or £7,582 a year. That’s assuming that there are no gaps in your history of making National Insurance Contributions. Discover more about your state pension, and get other information.

So, to receive a retirement income of £23,500 a year, you would need your occupational pension to yield you about £16,000 a year. To come close to guaranteeing this, assuming that you drew down a 4 per cent income from the fund after retiring, you would need a pot worth a total of £400,000.

The figures for how much you actually need to put aside each month will depend upon your age, how much pension funds are growing by each year through investment (and the growth in recent years has been disappointing) and how much your employer contributes. But that £400,000 figure should give you some idea of how much of a mountain there is to climb if you were thinking of leaving it late.

You may also want to consider Equity Release as a way of funding your retirement.