The 2016 Autumn Statement: effect on your income, spending & taxes

This year has been one of uncertainty for everyone. For 2017, no one yet knows what Brexit will look like, or how the economy will react. However, thanks to the recent Autumn Statement and the policy decisions in it, we do have some clue as to what the next 12 months will look like for us as individuals. 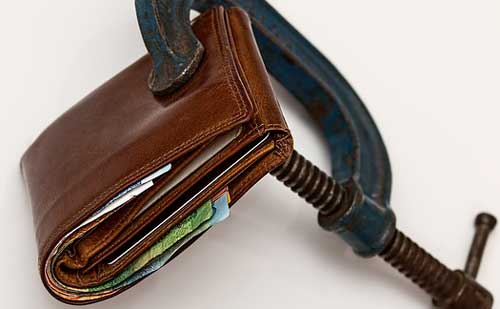 From April 2017, the personal allowance (i.e. the tax free part of our income) will go up from £11,000 to £11,500. At the same time the tax free limit on inheritance tax will begin the process of being raised. Currently, inheritance tax kicks in at £325,000 per person. With the new Transferable Main Residence Allowance this will add another £100,000 to the ceiling from April next year. The National Living Wage is also set to rise next year in April. Currently set at £7.20 an hour for those aged 25 or over, from next year it will be £7.50.

It’s no surprise to any of us that home ownership in the UK is at an all time low. A typical home in this country costs £218,000 (outside London), a cost that has risen at a huge £16,000 a year. So, for many people, getting on the property ladder just isn’t an option. The government doesn’t have a great track record when it comes to constructing affordable housing. However, there is now a commitment towards changing this with the Housing Infrastructure Fund. This fund is designed to deliver infrastructure for up to 100,000 new homes in those areas where there is the most need. It will also contribute £1.4bn towards the construction of affordable homes. Where this money goes, and whether it actually makes much impact, depends on the details but for those looking to buy in the next five years it’s a start.

Letting agent’s fees have been a huge source of pain for tenants. They can add £100s to the cost of moving in or out of a property. With the revelation that some agencies are charging both the landlord and the tenant for the same fees, this was definitely a good time to tackle the issue. So “as soon as possible,” according to the government, letting agents will be banned from charging up front fees. Instead of tenants being required to pay the fees, landlords will bear the cost instead. The argument for this is that landlords have more options and can shop around to find a letting agent whose fees they find reasonable.

The ‘salary sacrifice’ allows you to give up some of your salary in exchange for lifestyle essentials like childcare, a bike, gym membership, a computer or to go into your pension. The element of the salary that is given up is not taxable so income tax bills can be lower the more this is used. From April next year this will no longer apply to some items such as health screening and laptops. So, if you want to take advantage of salary sacrifice on those items it’s important to do it before April 2017.

Those in the gig economy

If you’re selling on a small scale, or renting out a room via a service like Air BnB, there is a new tax relief. From April 2017, the first £1,000 you make like this will not be taxable. This could include having a stall at a car boot sale or selling via internet auction websites like eBay.

For those aged 16 or over, a new savings bond will be launched next year through National Savings and Investments. The bond has an interest rate of 2.2% with a minimum deposit of £100 and a max of £3,000 with the cash tied in for three years. Whether this is an impressive offer depends what happens to interest rates – some experts believe that they could be higher than 2.2% by the time the savings bond is introduced, which would make it a bad deal.

There is good news when it comes to fuel duty, which is to be frozen once again (this is the seventh year in a row). However, the cost of insurance is set to go up with an increase in the Insurance Premium Tax of 2%, up to 12% (from June 2017). This tax rise is the third in just 18 months, which has left many insurers furious. However, the rationale is that the tax was already well below what it should be. So, while the frozen fuel duty could save you around £130 a year, the increase in insurance tax – which will affect other insurances, not just car – could wipe that out.