Impact of a weakening pound on your finances

The pound continues to trade close to or at historic lows against other major currencies in the wake of Britain’s decision to leave the European Union. Against the US dollar, the pound continues to bounce around close to the bottom of levels not seen in more than three decades while against the euro, sterling has recovered a little of the value lost on June 24 (Brexit result) but still buys only about €1.17 making a euro worth about 86p.

We’ve heard a lot about exporters might benefit from a fall in sterling while importers might suffer. But how does the pound’s weakness affect the ordinary British consumer and will it make us all better or worse off? 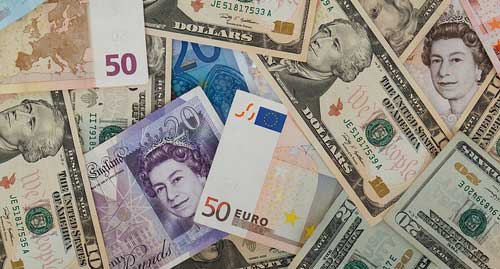 We’re almost at the time of year when it’s traditional to start thinking about next summer’s holiday to the sunshine. Meanwhile, hundreds of thousands of Britons will be travelling to the Alps and other snow-covered peaks in the next few months to go skiing. So how will the value of the pound affect you if you are one of these people?

The most obvious impact for those going abroad is that your money now does not go nearly as far as it did prior to the referendum. While the pound has recovered some of the ground it lost against the euro, some airport bureau de change are still offering parity rates (where £1 buys €1). Compared to this time last year the pound has lost 15% of its strength – a considerable hike in holiday costs.

And those who are thinking of booking next year’s holiday are likely to find that prices have risen by as much as a quarter compared with 2016. That’s because air fares, hotel charges and food abroad are all comparatively more expensive than they were.

Inflation continues to confound expectations and remains at historically low levels. As a result, food prices have not yet started to rise noticeably despite the Brexit vote even though the media has concentrated on headlines about Marmite and Toblerone bars.

However, prices at the factory gate have risen since the referendum and the costs of imported food and other goods have also gone up. So far, wholesalers and retailers have absorbed most of this increased cost but this is not likely to last.

These costs will inevitably be passed on to consumers and, when that happens, inflation will rise. The Bank of England believes that consumer price inflation will spike above its 2.5 per cent target at the beginning of 2018. That’s a rate not seen since 2011/12.

Most forecasters expect the cost of the weekly shop to start rising early next year. If sterling falls further, then these price rises are likely to be more noticeable.

British households have finally started to see incomes rising recently but not because employers are suddenly paying more but because inflation has been so low. Nominal average wages rose at an annual rate of just 2.3 per cent in July – well below the average of before the financial crisis rate of around 4 per cent. But should inflation start rising, employers are unlikely to increase nominal wages to compensate because they will be under pressure to keep their costs down. That means that a renewed squeeze on wages – and household purchasing power – is likely next year.

It’s unlikely that those who have taken on a new mortgage will see any short-term impact from the fall in the value of the pound. But people who have bought homes abroad will face higher repayments because sterling’s depreciation means that their money will not go as far overseas.

The few people who live in the UK but are paid in a foreign currency will see their money going further and their repayments fall.

At the moment, it’s unclear whether the fall in the value of the pound is going to cause the general cost of borrowing to go up. Should inflation come back strongly, the Bank of England may have little option to raise interest rates with the commensurate impact upon the rates that borrowers pay – after a long period at 0.5% the Bank of England base rate was reduced to 0.25% in August 2016. It can no lower in reality.

But the Bank’s governor, Mark Carney, has said that it is likely to allow inflation to rise above its target rate to protect the wider economy. In other words, interest rates are unlikely to rise, particularly with economic forecasters predicting that growth is likely to be more muted next year than it has been during 2016.