How to budget following the Brexit vote

Whatever side of the vote you were on, when the results came in on June 24th there was widespread shock. Even Brexiters couldn’t believe that the decision to leave had been made. As we soon saw from the disarray in government, no one was prepared for a Brexit. And, as we have seen since, working out how to handle it isn’t going to be easy. For individuals, the impact of the referendum result will take some time to filter through. While that is being processed, here are a few post-Brexit budget tips you can think about now. 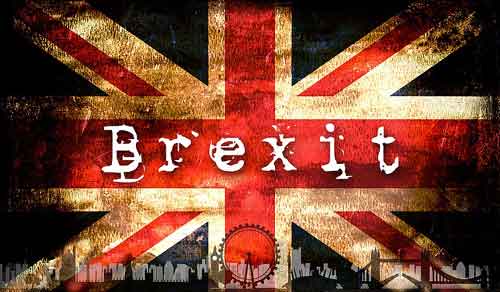 If you have yet to book your annual break then do away with budgetary uncertainty with an all-inclusive. You won’t have to worry about the value of your pound fluctuating as everything is paid for in advance. All inclusives also take away the need to withdraw cash from an ATM. As we saw in the wake of Brexit, some holidaymakers were unable to access cash at all as banks simply didn’t know what exchange rate to set. That’s a risk that few of us want to take. So, if you want to holiday free from exchange rate worries then all inclusive is the way to go.

Buy insurance before we exit (if you’re a man)

EU directives have had an impact in a number of consumer areas. One of these is insurance, where the EU Gender Directive has required gender-neutral pricing since 2012. The practical impact of this is that gender can’t be taken into account when setting the price for something like car insurance. However, post-Brexit, this could change. Men are traditionally seen as a higher risk than women and so – before 2012 – paid more for insurance products. As we exit the EU, gender neutral insurance pricing could be reversed, causing premiums to shoot up for men.

This is a budgeting tip that arises in just about any circumstance. However, post Brexit – with fuel prices set to rise – it could become even more costly to rely on your car as a main method of transport. Instead, try walking shorter distances or take public transport where it’s available. You might want to consider investing in a bicycle – this is a great (free) way to get around. Bikes also offer a way to introduce more exercise into your daily routine, whether cycling to work or study.

Make use of ISAs

No one really knows the extent to which bank based savings could be at risk as a result of Brexit. Scaremongers tell us our financial system could collapse at any time. Downgrades in the UK’s rating from credit agencies such as Standard & Poor’s make for gloomy ready. There have been numerous negative forecasts of financial collapse but so far little has happened. However, there is some wisdom in accepting that it’s often difficult to see something like that coming. So, if you’re putting money away as savings, opt for an ISA that is government protected. Just in case.

There is no doubt that house prices have dropped somewhat since Brexit – in some locations more than others. Some argue that this was already happening, others attribute this firmly to Brexit. Either way, now is an interesting time to look at buying, if you have been struggling to get on the housing ladder. A number of experts believe that mortgage rates are also about to take a dip. This would make it cheaper to remortgage and potentially easier to obtain a mortgage for first time buyers. It will also apply less financial pressure in terms of the size of monthly payments. If lenders decide that cheaper rates are necessary to ensure a steady flow of interest then this could be a great time to put in an application.

For those of pensionable age looking to buy an annuity, experts warn that now is not the time. An annuity is essentially the purchase of a regular income for the rest of life and rates have been dropping recently. This means that the income that can be bought for savings accrued has fallen. Although rates were already on a downward path, when Brexit happened in June, some providers took the opportunity to cut them even further. As buying an annuity is a one off purchase, the timing of it is key. Once the annuity is purchased there’s no way to change your mind so make sure you get the timing right and wait until the Brexit storm has passed.

Keep up to date – here are related articles about Brexit.