Why the UK should remain in the EU

There has always been lots of emotion surrounding the UK’s membership of the European Union (EU) not least in the recent period following the June 2016 referendum. We’re in the final furlong of preparation for Brexit but as you’ll know there is a growing clamour for a second referendum given the parliamentary problems with the deal struck by Theresa May.

A second referendum may not be your first choice, but it may be the only way to help decide the final path for the UK given the lack of consensus within Government. Not only that but there is a growing number of leave voters who are beginning to regret their decision given that Brexit is not turning out the way that was expected (more of this later).

With these facts in mind I thought it would be helpful to keep away from emotion and try to focus on some of the most important facts – things we ought to be aware of in case we’re asked to make our choice again at the ballot box.

All of this is really important (obviously) as, for reasons that will become obvious, any decision we might make in the future will be irreversible (at least on the current terms we have).

What are the Benefits of being in the EU?

The benefits to the UK of being a member of the EU can be summarised as follows:

The UK has been part of the EU since it joined the EEC in 1973 (the UK applied in 1961). In the following 45 years the UK has gone from being the “sick man of Europe” to one of the wealthiest. Being part of the EU has allowed the UK economy to grow faster than the average rate achieved by Germany/France/Italy and become more prosperous than the average of these three largest EU economies. It is theorised that being a member of the EU has exposed UK industries to competition to a point where while some suffered many, many more became much more competitive and have capitalised on the European market opportunity. 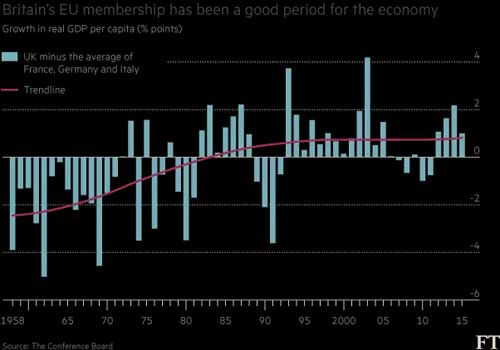 And academics have shown that the financial benefit to the UK has massively outweighed the annual cost to us of membership, especially after the rebate and inflows from the EU structural fund (see later) have been taken into account.

The CBI summarises the benefits to the UK of EU membership as follows:

What do we pay for EU “membership”?

Annual net contribution is currently €7.3bn or 0.4% of GDP. This is only £116 per person, and less than Sweden, Denmark, Finland, German and the Netherlands. The UK is the second largest net contributor to the EU budget after Germany. The UK’s net contribution compares to €16bn spent by the UK on foreign aid (inc. in India and China which should no longer really be thought of as less developed economies). 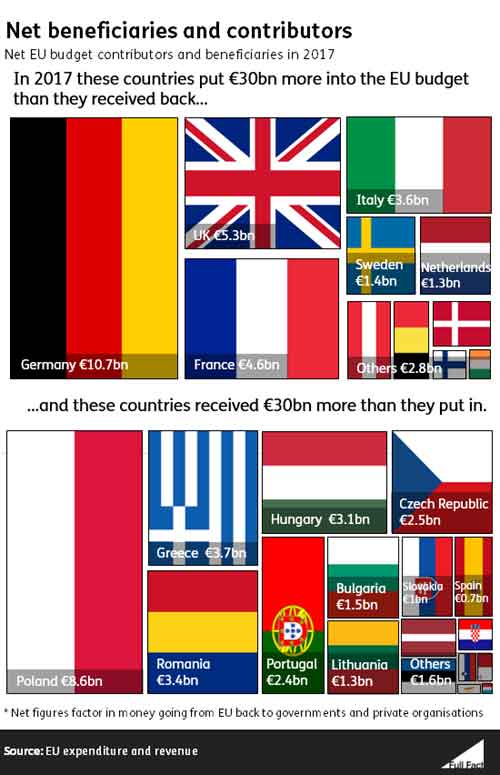 There is undoubtedly a large flow of EU structural funds to the recently-joined states such as Poland, Baltic states, Czech and Slovak republics, etc. But within the UK there are regions that currently benefit substantially – in fact Cornwall and West Wales will receive similar amounts to Romania and Bulgaria. 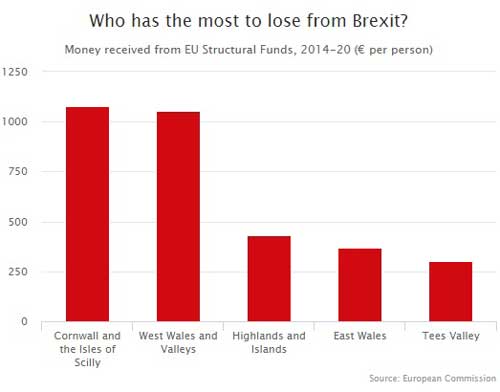 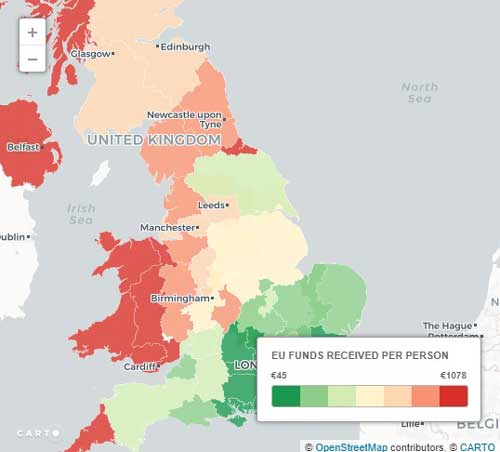 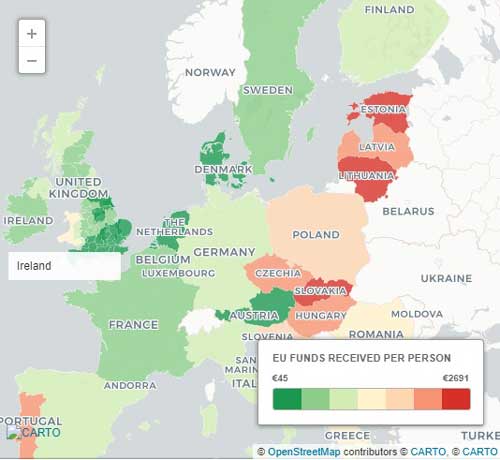 Over the years as the has EU developed policy and legislation the UK has negotiated a series of highly valuable opt-outs. In the following areas the UK is not bound by these rules or has other special arrangements:

All of these opt-outs have been hard fought for – it is virtually impossible to see any other member state ever having such generous arrangements. Should the UK leave the EU and at some later date wish to rejoin it would not benefit from them again – it would not have the negotiating position to be able to. So, the UK’s current deal with the EU should be seen as the best it will ever have.

What are People’s Concerns about the EU?

Given all the positive facts about how the UK benefits from its membership of the EU it may seem extremely odd that 52% of voters wanted the UK to leave. So, what were factors driving people to vote that way?

Some of these issue and concerns have been addressed above. It seems that while it is possible to show that annual budget contribution does provide significant value for money it has simply been impossible (so far) to get this message across to the UK public. But what about the issue of immigration from the EU and the impact on UK jobs?

Which UK jobs are now typically done by EU migrants?

The “loss of jobs” to immigrants is one significant factor in people’s perception of the EU and its impact on everyday life. However, it’s important to differentiate between EU and non-EU immigrants:

Anecdotally it is said by those who employ EU nationals in relatively lower skilled jobs that they do this because they cannot find UK nationals who are prepared to do the work. If this is true then who will do this work if EU nationals start to leave the UK?

What are the Economic Implications of Leaving the EU?

In general leaving the EU’s Single Market will create barriers to trade and reduce investment in the UK. This will reduce competitiveness and also mean the UK workforce will become less productive (GDP/head). Various Brexit scenarios (including “no deal”) have been modelled by a number of respected organisations and include: 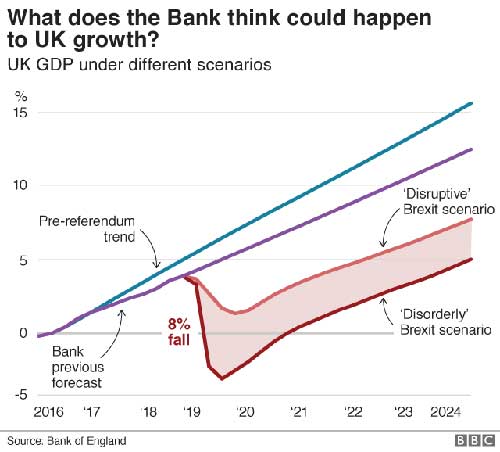 Why did People Vote to Leave the EU?

Prior to the vote the most important issues facing the UK were seen as migration (48%), UK sovereignty (re. the EU) (32%) and the economy (27%) – the Leave campaigners focused on migration & the EU and the Remain campaigners focused on the economic impacts of leaving. The Remain campaign was very poor – they failed to make the case to stay; they failed to sell the significant benefits of being part of the EU.

The situation was not helped by the fact that the UK population feel and act less European than the populations of any other EU member country! Irrespective of why this might be it does mean that there is less respect for EU institutions.

Also, was the vote simply a chance to vent more general frustrations? For instance a widening North/South divide with the North feeling left behind. And people who feel left behind are more prepared to gamble for a brighter future!

Also there is a view that there was a media bias (intentionally or otherwise) towards the Leave message.

What do recent polls tell us about people’s feelings?

Polling companies have been tracking opinion about the EU for many years, and of course since the 2016 referendum there has been a particular focus:

A 12 minute video narrated by Stephen Fry which attempts to separate fact from fiction.

It seems to us the chain of events goes something like this: