Update 11/12/18: Why the UK should remain part of the European Union

Britain’s decision to leave the European Union in the referendum of June 23 has seen the value of the pound tumble against a basket of currencies. That means that while British exports have become cheaper across the world, the cost for the average UK holidaymaker travelling abroad has risen – in some cases by as much as 20 per cent. Your holidays have already become almost universally more expensive over the last month or so. 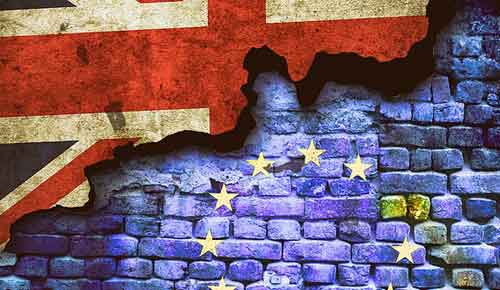 But will this higher price for overseas travel last and what will the other effects of the UK’s withdrawal be on holidays? While Britain is unlikely to complete its exit from the EU for at least two years, it’s possible to predict some of the most significant effects on travellers.

One of the unheralded achievements of the EU has been the extraordinary growth of low-cost airlines. They have had an enormous impact on fares across the industry as well as the creation of new routes between European cities. The removal of bi-lateral restrictions and the introduction of competition by the European Commission lie behind these changes. When Britain leaves, these agreements may have to be renegotiated if the UK’s low-cost fliers like EasyJet are to continue to enjoy freedom to operate throughout the continent and foreign carriers are to continue to use British airports without restriction.

Until the negotiations over Brexit get underway, it is uncertain whether the UK’s withdrawal will result in higher air fares.

The value of the pound

Immediately after the referendum vote, the pound lost 15 per cent of its value against the US dollar and the euro. It has since regained some lost ground but remains significantly lower than earlier in the year. That means holidays abroad – particularly in Europe and the US – have become more expensive. Most British travelling abroad take their holidays in Europe – particularly in France, the Spanish resorts, the Greek islands and Italy. With the Bank of England poised to cut interest rates further, the pressure on the pound is likely to continue. If the UK falls into recession, expect further falls and commensurate rises in the price of your future foreign trips.

If you’ve booked your 2016 holiday but not yet taken it, it’s possible that your tour operator may contact you to tell you that the price has risen. The Package Travel Regulations allow operators to impose surcharges when the cost of a package holiday goes up after you booked because of currency fluctuations or rising fuel costs. While the firm has to absorb the first 2 per cent of a cost increase, it can charge you for any amount over that figure although you can cancel and receive a refund if the price rises by more than 10 per cent.

EU directives are behind the compensations that passengers can claim when their flights are delayed or cancelled. When Britain does leave the EU, these regulations may be watered down although if you are flying to or from an EU member state, your flight will still be governed by the directives. But it may become harder to actually receive compensation because it might involve taking the airline to court in the country you have flown to or from.

Health on your holidays

The European Health Insurance Card is one of the biggest benefits for UK travellers taking holidays in EU countries. It entitles you to free or lower-cost health treatment while abroad. This agreement will now have to be renegotiated as part of any Brexit deal and its continued existence will probably depend upon the UK extended free emergency health treatment for EU nationals visiting Britain. If the card does not survive Brexit, then you will have to pay for emergency treatment in Europe and the cost of any travel health insurance you take out may rise as well.

The EU has led the way in reducing the charges that mobile phone operators levy on you for using your device abroad. In June next year all roaming charges across the EU will be abolished but it is not yet know whether this will continue to apply to UK mobile users in the wake of the Brexit decision. Britain may decide to exempt itself from these agreements which might give the carriers the right to raise roaming charges again.

If you’re looking to get a loan for your next holiday use our no-fee broking service.