The best and most resilient streaming services

The benefits of using streaming services have been well established. Whether you’re consuming film, TV or music, on the whole, you’ll pay less and have access to a wider range of options by signing up to Spotify, Netflix or one of the other large and popular services.  Of course, now that streaming services have become such a widely used option there are lots of different providers to choose from. Which can present its own set of issues: too much choice. Which provider is the ‘best’ and which one is the most likely to give you want you’re looking for over the long term? 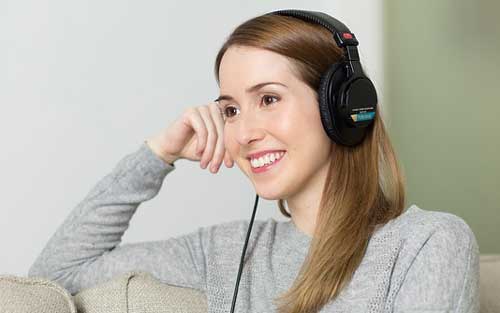 In almost every poll Netflix comes out on top when it comes to video streaming. The service has been up and running since 1997 and was one of the first to enter the market. It has real longevity and resilience with customers and is consistently a first choice for streaming TV and film. One reason for this is the cost, which Netflix has kept continuously low. Another reason is the value for money – the selection available via Netflix is broad and continuously updated. Netflix has also ventured into its own production with great success – its Netflix Originals series have included some of the most popular cult TV shows of recent years, including House of Cards and Orange is the New Black. In fact, it may be the success of Netflix Originals that keeps Netflix at the top of the tree.

As a streaming service Amazon makes the most sense if you’re already using the retailer to make purchases. It hasn’t had quite the same reception as Netflix although is admittedly a newer service. Where Amazon really comes into its own is providing access to the latest film releases earlier than anyone else. Plus, it also has a wide range of ‘channels’ including sport and discovery. A monthly subscription to Amazon Prime gives you access to just about everything, including their Amazon Originals releases and the latest movies – and of course free delivery on everything you buy from Amazon.

Stuff placed Spotify at the top of all the music streaming services for 2017, a position it seems to consistently hold. This is despite the wave of new music streaming services that have followed in its wake. The major benefits of Spotify include usability – it’s very simple to navigate – plus the ability to download songs to listen to offline and an extensive catalogue. Plus, Spotify continuously evolves with new features being added all the time, from the Discover Weekly playlists, to the social sharing elements of the service.

While these might be the top streaming services that attract and retain the most customers they are not the only options on the market.

And what about those streaming services that promised so much but have delivered so little? Google Play is one that doesn’t have the best reputation for customer satisfaction. It’s got stiff competition and many users feel that it just doesn’t get there when it comes to choice. Tidal is the music streaming service owned by Jay-Z that has investors including Beyonce, Madonna, Rihanna and Daft Punk. It’s ideal for those looking for hi fidelity audio and has a 42 million song catalogue but for some reason has never really made its mark – possibly because costs can be around £19.99 a month. This year Jay-Z sold his stake in the company so its future as a streaming competitor potentially lies in the balance.