We are told that consumers are increasingly demanding all of their communications services – Pay TV, broadband, landline phone and mobile – are provided by a single provider with a single monthly bill. This latest wave in communication provision – where one company provides all four services to a customer – is known as quad play and is being heavily marketed in the UK after having enjoyed several years of success in mainland Europe and the United States.

The concept of bundling services is not new – for the best part of 15 years, BT and other phone services have bundled broadband and landline services together and today approximately half of Britain’s households take both of these services from a single provider. This is known as double play. Sky and other cable and satellite services then introduced triple play offering households TV as well as broadband and landline phone services. BT responded by buying the rights to some Premier League games and offering them over its broadband network to customers who signed up to an all-in-one package. 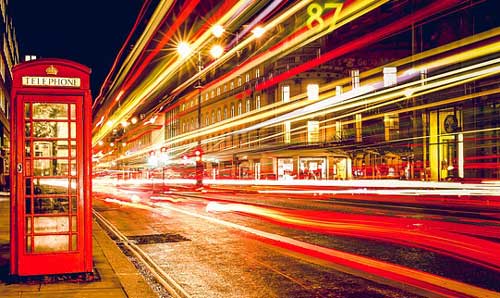 Quad play is now seen by many providers as the logical next step and as a way of locking customers in to a long-term relationship. Britain’s telecommunications market has stagnated in recent years and the providers are desperate to find new ways to increase their customer base, find new revenue streams and reduce the ‘churn’ of existing customers regularly changing providers to take advantage of introductory offers.

What’s in Quad Play for You?

On the face of it, there are savings to be made by buying all of your communications packages from a single provider. But in reality, the quad play market in the UK continues to be limited.

While it’s been talked about for almost 10 years, only Virgin has made serious inroads in to the quad play market with about a fifth of its customers – close to one million households – now taking TV, broadband, landline and mobile services from the company.

Other companies have tried to introduce quad play with varying degrees of success. TalkTalk has been selling a quad play package since 2012 but has yet to see substantial take-up while Vodafone launched a cloud-based TV service last year to add to its mobile and broadband services. Meanwhile, BT’s acquisition of EE means it now has a quad play package to rival that of Virgin.

In order to see a return on all of this investment, the major providers need new customers locked in to long-term relationships. They are attempting to get those customers by offering heavy discounts to people who sign up to a new quad play package.

But while in the US, for instance, quad play has taken off because the communications market is significantly deregulated, in the UK significant barriers continue to exist which means that providers are unable to offer significant discounts on the mobile phone parts of the bundle. That means most consumers are still able to get a heavily discounted mobile phone contract when they switch and so a quad play package makes little sense financially.

The Cost of Quad Play

BT’s major quad play package offers the customer its BT Starter TV subscription, unlimited evening and weekend landline calls, 17Mbps broadband and a sim-only mobile package with 200 minutes of calls, unlimited texts 500MB of data for about £27 a month. The price does not include phone line rental.

EE’s cheapest quad play bundle comes in at £25.70 a month excluding line rental (£15.75) while Virgin – which describes itself as a premium provider – is the most expensive quad play service. Its quad play packages start at £39.95 a month but for this you get a 50Mbps broadband service and a Tivo set-top box.

The Future of Quad Play

Mobile phone costs are continuing to fall with other providers like Google threatening to enter the market. Meanwhile, TV providers are threatened by the continuing rise of over the top (OTT) TV services provided by the likes of Netflix and Amazon which allow consumers to watch what they want, when they want and on the device of their choosing.

In the UK, mobile contracts are viewed as personal investments (because the smartphone has become a fashion accessory) while broadband, phone and TV services are viewed as household purchases. While the communications providers continue to push their quad play services, most industry analysts are agreed that market conditions in the UK mean these packages are unlikely to take off.