How to watch TV without a licence – legally!

A TV licence is something that is often forgotten about and, as a result, can come as quite a shock to your annual finances when the time comes to pay for it. The yearly cost of a TV licence is £145.50 for a colour licence and £49.00 for a black and white TV Licence but watching TV without having a licence to do so is a

criminal offence in the UK and could lead to prosecution and a criminal record. Fines of up to £1,000 can be handed out, not including the legal costs that may be incurred to take you to court. So, ‘forgetting’ to pay for your TV licence, or avoiding it altogether, can land you in some serious hot water.

So, how can a TV licence be free?

At the moment, there is an exception for anyone who is watching only on-demand TV. This is a service such as BBC iPlayer or 4OD where the programmes that you’re watching have all been shown on a previous date and you are only‘catching up’ on them. Currently, there is no need to have a TV licence for this kind of programming but you must only be watching TV on-demand. If you watch even a single programme that has been broadcast live (i.e. you’re watching it at the same time as everyone else) then you will need a licence to cover it.

Does the device affect whether you need a TV licence?

No, you could be watching on a mobile, tablet, laptop or a regular TV – it’s the type of programme that you’re watching that dictates whether you need a licence to watch it

. Remember that some of your favourite shows that you access via an online service may not be on-demand but being broadcast at the same time as you watch them – it’s worth checking this out if you are trying to avoid purchasing a TV licence. The need for a TV licence also arises if you’re recording programmes and then watching them back later – some have tried to get around the ‘live TV’ definition by doing this but TV Licensing now specifically states that ‘Live TV means any programme you watch or record at the same time as it’s being shown on TV or an online TV service.’

Is this likely to change?

Yes. The government recently announced plans to change the current position and effectively close the loo 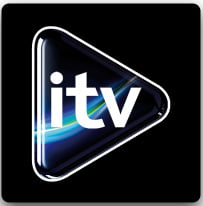 phole for some on-demand programmes. When the change in the law arrives (expected ‘this year’ according to TV Licensing) a TV licence will be necessary to watch any kind of programming at all. The changes have been announced specifically in relation to BBC iPlayer, for which you will soon need a TV licence to watch programmes on-demand, as well as to download them. On-demand programming could be anything you’re watching via an app on a smart TV, computer, digital box or any other device – again, the way that you’re watching it doesn’t make a difference to the need for the licence. So far, there has been no hint that the need for a licence will apply to all on-demand services but if BBC iPlayer has already been targeted then it’s worth keeping an eye on changes to see if other on-demand services are soon included too.

Are there any other ways to get a free TV licence?

Anyone who is over  the age of 75 – or celebrating their 75th birthday in the next 12 months – is entitled to a free TV licence. There has been some suggestion that these free licences could be cut by the BBC as part of a cost cutting drive but for now they

remain available to anyone who meets the age criteria. There are also some TV licence concessions available, such as for people who are blind (severely sight impaired), as well as those who live in qualifying residential care and are disabled or over 60. Businesses that provide units of overnight accommodation, for example a hotel, are also entitled to concessions. Other than these groups, there are no exceptions – including for students, who must pay the full licence cost – so if you don’t want to pay for a TV licence then it might be worth switching your watching to purely on-demand services.