Get rid of your TV! Save your money and your time

If we’re honest, for many of us, TV probably plays too much of a role in our daily schedules. Whether you’re a daytime television addict, or you’ve come to rely on getting in from work and flipping the switch to have the TV on in the background for the rest of the evening, it has become very much central to our lives. According to the Broadcasters Audience Research Board around 95% of UK homes have a TV and figures from Ofcom suggest that we’re watching an average of around four hours of TV a day – perhaps a quarter of our waking hours. There are many reasons why getting rid of your television could save you time and money, and have a generally positive impact on your life, and some of them are not what you might expect. 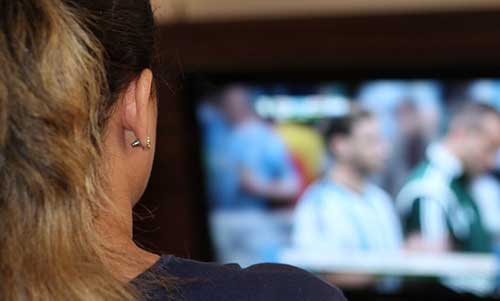 The cost of the TV itself

If you don’t have a TV then there’s no need to buy a new one every time an upgrade or new tech feature appears. The cost of a TV can range from up to £100 to thousands of pounds, depending on whether you want various built in features and how sizeable you need this piece of technology to be. Most of us who have a TV will upgrade it in the next 3-5 years and if you’re on a tight budget that’s an expense you could do without. If you currently have a TV and are considering giving it up then you can boost your budget by selling it via an online auction or classified ads website.

If you’re under the age of 75 then you need to purchase a TV licence to be able to watch TV in the UK. The annual cost for that is £145.50 for a colour and £49.00 for a black and white TV Licence. There is a requirement to buy a TV licence even if you are watching via an online service (e.g. BBC iPlayer) or via your mobile – if the programme you’re enjoying is live then it needs to be covered by a TV licence. The only exception is where the programmes you’re watching are on-demand, i.e. they are not being streamed live at the same time that you’re watching them. Currently, you don’t need a TV licence if that’s all you’re doing but remember that many online services have started to live stream broadcasts alongside their on-demand offering and if you watch even one live show then the requirement for a licence arises.

The energy you pay for to power your television isn’t going to be bank breaking but nevertheless it represents a saving that you could make if you don’t have a TV at home. For example, a 32-inch LCD TV is thought to cost around £33.17 a year to run and be responsible for 79kg of carbon dioxide emissions. If you have four in the house then those figures are quadrupled. A lot depends on the size of the television that you have, as well as the type of TV and the technology you’re using – for example, an HD TV may be better quality but the larger number of pixels used can mean the television costs more to run. Plasma TVs tend to be more expensive – for example a 50-inch LCD TV comes with an annual estimated cost of £71 while a plasma TV of the same size may cost around £118 to run a year. If you add to this the expense of paying for streaming services, licence, cable, extra channels and films then the annual cost of owning a TV suddenly looks quite substantial.

A TV habit can have all sorts of hidden costs that may seem small on their own but can add up to a large annual tally. The influence of advertising, for example, can drive us to overspend (51% of TV watchers shop online at the same time) and we tend to respond to adverts for food or drink by going straight to the kitchen, which can push up a monthly food budget.

Then there’s the impact that watching TV can have on us physically. The sedentary nature of TV watching stops us from getting involved in more active pastimes that could help to control weight and make us fitter. Watching TV doesn’t really require us to think in the same way as reading or playing a game of chess and some have speculated that overwatching TV could be a factor in Alzheimer’s disease. Finally, there’s the impact on household relationships of sitting and staring at a screen rather than interacting with each other.

Your TV may have started to feel like an old friend but financially, socially and physically you might be better off without it.

If you need other ideas to help reduce your costs check out our blog.