Why it’s cheaper to buy a new smartphone outright

Smartphones are the must-have gadgets. They seem to say as much about you as the car you drive or the house you live in these days. And with Apple, Samsung and the other mobile phone makers releasing ever-more powerful phones every 12 months, this is one area where ‘keeping up with the Joneses’ can prove eye-wateringly expensive.

Many smartphone users choose to finance these upgrades through a contract with one of the four major networks – Vodafone, O2, EE or Three. On the face of it, this is an easy decision – your new smartphone is paid for in monthly instalments which are simply added to the cost of your mobile contract.

But by doing this, you’ll be locked in to a contract which often lasts for considerably longer than the upgrade cycles of the manufacturers and is typically 18 or even 24 months. That means that when Apple replaces your iPhone 6S with the iPhone 7, you may have up another year or longer before you can swap your current phone for the new one.

If you buy a phone outright, you won’t be locked in to any such deal if you choose a monthly SIM-only contract and you can simply sell your existing phone and buy the new one. You could even just choose a pay-as-you-go (PAYG) SIM which will give you the ultimate freedom and allow you to change network whenever you want.

It’s impossible to know whether Britain’s smartphone users know it but they are being milked by the networks. Figures from Which in 2015 showed that the British are paying at least £90 a year more than they should do on mobile phone contracts. In total, £355 million is being wasted by users every 12 months because they don’t renegotiate the amount they pay to the carrier once their contracts run out.

If you choose to upgrade your phone through your contract, then the cost of the handset is spread over the length of the deal. It’s an attractive prospect – particularly when the cost of buying a new iPhone 6S Plus is close to £700. Instead, you can get the same phone from the biggest network – Vodafone – for a single payment of £9.99 followed by 24 monthly payments of £47. Seems like a no-brainer, doesn’t it? 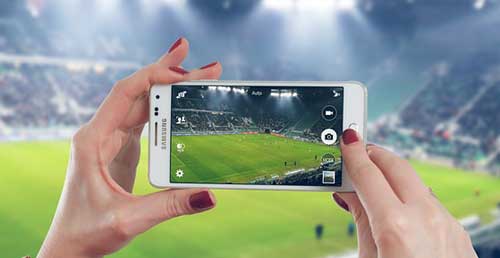 But if you actually do the sums, then it is clear that financing your phone with the network in this way is a very expensive way of funding it. Over the lifetime of your contract, you will pay £1,137.99 before you actually own the device. That’s nearly £438 more than it would cost you to walk into an Apple shop and buy the handset outright.

If you get your new smartphone from the network, it will also be locked to that particular carrier meaning that you can’t use another operator’s SIM until it is unlocked at the end of your contract. With a SIM-free phone bought separately, you’ll be able to use any of the network’s SIMs.

But what about the cost of calls and data? Don’t they still make it cheaper to buy your phone through the network? If we look at that Vodafone £47 a month deal we see that it includes 3GB of data, unlimited calls and unlimited texts. Yet O2 is offering the same amount of text, calls and data on a SIM-only deal for just £8.58 a month. That means that O2’s offering plus the purchase of an iPhone 6S Plus direct from Apple would cost you £905.92 over 24 months – a saving of £232.07!

With the SIM-only deal, you would also be free to sell your iPhone when the new one comes out later this year and put the money towards the upgraded handset. And we’re not talking pennies, either: second hand iPhone 6S Plus handsets are currently fetching up to £550 on eBay.

If you don’t have the money upfront