Sky TV was one of the first providers to offer forward-thinking home entertainment. Over the years, it has remained at the forefront of the market but it’s not the only choice. Today, many of us still opt for Sky TV out of habit. However, whether you’re looking for broadband, cable or pay per view you might be paying more than you need to with Sky. 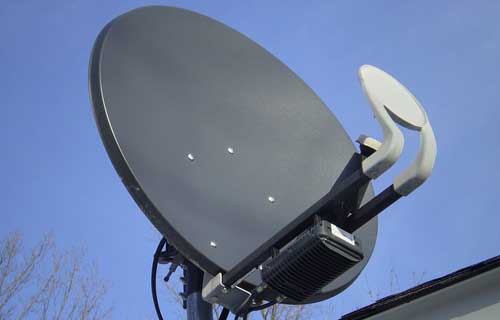 As of June this year, Sky increased its prices once again – some subscriptions rose by as much as £72 a year. That’s a significant increase for any annual budget. Sky currently has more than 12 million UK subscribers across the country. So, that means for about a third of households in the UK, prices have gone up, some quite substantially. The reality is that we may be paying more than we need to. Sky has said that individual prices increases are capped at 8% for each customer. However, if you add the price increase to various ad-ons, such as multi-room cable or non-packaged sports channels, the end cost can be much more.

Sky TV is just one of many options

If you’re affected by the Sky TV price rises, or they have priced you out of the market, there are other choices:

Free channels – it’s worth bearing in mind that some of the channels in your package with Sky may be shown free elsewhere. There are many channels that you don’t need a cable package to access now (you may need a TV licence).  All the BBC channels, Channel 4, Dave, Al Jazeera, CNN, Film4, Viva and Sky News are all free to air, for example, via the Freeview (by aerial) or Freesat (by dish) services.

Low cost subscription services – some of the biggest shows of the past 12 months have been accessible without a Sky service. Game of Thrones Season 6, for example, was watchable live via NOW TV. NOW TV is one of the new breeds of entertainment and TV packages which gives you much more flexibility. Rather than paying a fee that you’re tied into for a minimum period of time you can come and go as you choose. So, if you only want to join while your favourite show is screening then you only pay while you view.

Movies options – Sky Movies is definitely not the cheapest option if you’re a movie buff. It may not even be able to offer you the best selection of films. There are many more alternatives now, most of which are much cheaper. Plus, if you only want to pay for movies – rather than a comprehensive monthly package – then other options make much more sense. Various choices include Netflix, Amazon Prime and Wuaki. If it’s the latest releases you’re after then you don’t even need Sky Movies, as these appear on the Sky Box Office channels, which are pay per view.

Sports channels – when the recent price hikes happened it was sports fans using Sky who faced the biggest increases. It used to be the case that Sky bagged all the great games, especially football. However, that’s simply not the case any more. Many of the big matches are shown on terrestrial TV so it’s worth checking whether you even need satellite or cable access to see the games you want. You can also investigate other options via a different provider. For example, NOW TV offers a 24-hour sports pass that gives you temporary access for £6.99. You can also pay the one-off fee for a Top Up TV box and just add the Sky Sports package.

If you’re looking to continue with a single cable provider then there are other options. Companies such as Virgin and BT have become much more competitive in recent times and Sky no longer dominates the market. If you’re looking to make sure that you get the best deal on a cable package then price comparison websites can be really useful. Compare the prices on movies, sports, broadband and channel choices and see which is likely to cost less and offer more variety. Remember that some of the deals on offer are just entry prices and won’t last more than for a specific period of time.

When you’re shopping around for providers bear in mind the following factors: