The best broadband deals to your home

Broadband is pretty much a staple in most homes now – just as water, electricity and gas are. We use it for everything from sending emails, to streaming movies and gaming. It has become a very important part of life for most of us but services differ across the country. The kind of broadband that you have access to affects the deals you can get. And the types of deals available determine what you’re able to do with the broadband. So when looking for the best broadband deals you need to consider both the speed and quantity of data you need. 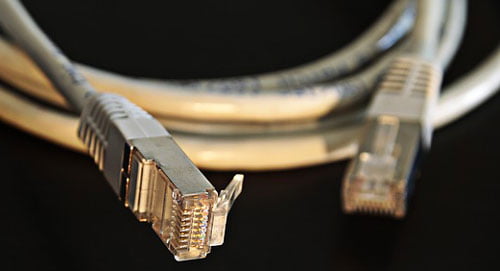 Broadband speed is essentially the speed at which you receive and send data via the internet. The higher the speed, the more services you can access usably. So, for example, if you want to watch films you will need a high speed broadband to avoid the film constantly freezing and buffering. However, if you all you want to do is check emails then low speed broadband is fine.

As well as line speed you need to think about the quantity of data you need. There are three main users of broadband: light, medium and heavy.

Light broadband users – If you fall into this category then you probably only need around 3Mbs a month of usage. Light users don’t tend to be constantly using social media or streaming movies. You might log on a couple of times a week to use a search engine or check your emails but that’s probably the extent of the use. If this is you then there is no point paying for an extensive broadband package. Opt for a light usage deal that costs less instead.

Medium broadband users – Most internet providers would offer 10-20Mbs a month packages to a medium broadband users. If you’re online every day but you’re not spending hours glued to your screen then this is most likely you. Medium broadband users might check social media and emails every day and perhaps stream music or TV services a couple of times a week. This type of user should focus more on download speeds than upload as the broadband is being used mostly to receive information, rather than to send it out.

Heavy broadband users– A heavy broadband user needs upwards of 30Mbs a month when it comes to broadband. For some people 100Mbs is probably more likely. Heavy broadband users might be on the internet for work, uploading videos or photos and glued to a laptop or phone for a large part of the day. If you’re a gamer or you’re addicted to streaming services like Netflix then you might fall into this category. Upload speeds might be as important as download speeds, particularly if you’re uploading video (e.g. to YouTube), sharing data, images, content and information.

Getting the best broadband deals

Copper or cable – cable broadband is faster and generally more reliable than copper. However, cable is more difficult to install and some areas are not yet able to receive it. Cable also tends to be more expensive with monthly deals starting at around £30. With a standard copper feed you may be able to find a deal as low as £5.99 a month.

Packages – package deals can help save money across the total cost of your broadband, TV, phone and even mobile (so-called Quad-play). If you’re looking for access to cable channels, as well as broadband, then look for options that provide both. The cost of a package is always cheaper than getting the services separately from different providers.

Downloads – some providers place a limit on the amount of data downloaded per month via a specific package. Data downloaded is basically your internet usage (when you use the internet you are downloading data). Streaming or downloading a film, for example may use 400mb of data. Email, on the other hand, just 20kb (1Mb = 1024Kb). If you go over the monthly download limit then you may need to pay an extra cost. Be careful with packages that offer “unlimited data”. Make sure you read the small print as these often include a ‘fair usage’ policy. This means that if you go over what the provider defines as fair usage then that won’t be included in the package, despite the ‘unlimited’ tag.