The FCA Financial Lives survey is one of the largest surveys looking at consumers and finance. It investigates UK consumers and their experiences of financial products and services, based on interviews with 13,000 people. The survey is designed to provide data and context for the work that the FCA does in consumer protection. However, it also offers some key insights into how UK consumers are handling their finances. 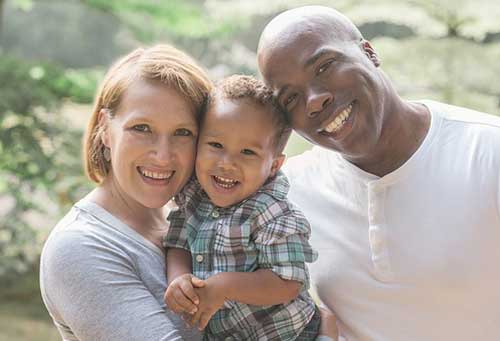 According to the survey, 25.6 million people in the UK are potentially vulnerable to financial harm. So, for example they may not have access to the internet or to safety nets such as an overdraft. The most at risk age group is the over 85s – 77% of whom show vulnerability to financial harm. Those who are vulnerable to potential harm are twice as likely to have used high cost short term credit and many would struggle if their monthly obligations increased just a little. For example, 45% said they would find it difficult to pay rent if payments went up by less than £100 a month. 4.1 million people in the UK are already “in difficulty” i.e. they have already started missing payments on bills or credit commitments.

Confidence in money matters is low

It may not be that surprising to discover that 46% of UK adults say they have low knowledge about financial matters. 18 – 24 year olds tend to be the least confident when it comes to money matters. However, the problem seems to be quite widespread – for example 17 million people in the UK who have motor insurance don’t know what “no claims protection” means. The survey showed that there is a tendency to stick with already known brands and that this increases with consumer age. So, for example, on average 62% of people will stick with a brand they already know but in the over 75s this rises to 82%.

Many of us aren’t satisfied with our financial circumstances

The Financial Lives survey backs up data provided by many other sources that levels of debt in the UK are rising. For example, 75% of UK adults have had one or more consumer credit product in the last 12 months and 46% of UK adults are currently paying for credit. 12.9 million adults are overdrawn while 3.1 million adults have gone into an unauthorised overdraft over the past 12 months. Roughly 100,000 people have resorted to an illegal moneylender in order to make ends meet in the past 12 months. Although the survey didn’t mention zero hours contracts and the gig economy, this is one of the potential factors in increased debt reliance highlighted by debt charity Step Change. When there are enough monthly hours to cover outgoing payments then everything is fine. As soon as that changes – which it can at any time – many people have no other choice but to look for debt support.

There are serious issues for young people

According to the FCA survey, around 13% of those aged 25 – 34 are currently in financial difficulty, having missed bill payments or credit payments in the last three to six months. This is something that is echoed by the FCA Chief Andrew Bailey who has said that there is a pronounced build up of indebtedness among young people. He made the point that this is not reckless borrowing but money that is being used to cover essential living costs. The debt charity Step Change has also noticed an upward spike in the numbers of calls being received from young people.  In the first six months of the year, six out of 10 callers were under the age of 40 and four out of 10 were single and had no children. Katie Morley, Consumer Affairs Editor at the Telegraph, points to a “cocktail of different problems,” saying that young people are often just a single step away from financial disaster thanks to factors such as easy credit, poor quality housing and benefit cuts.

The FCA Financial Lives survey is an interesting snapshot of the way that we are living, financially, as a country. From the large numbers of financially vulnerable, through to the serious problems that younger people face, there is a lot of food for thought in the data generated.