What does the recent Budget mean for UK households?

Two weeks aso saw the Chancellor Philip Hammond’s first budget since the general election in June. This budget was intended to get Britain “fit for the future” and was notably geared towards trying to attract the attention of younger voters. But what did it deliver for UK households in this essential period in the last quarter of the year? How will the Budget affect you? 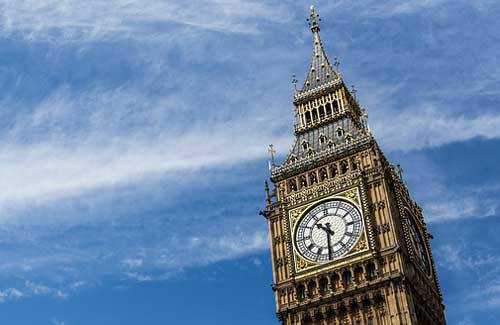 How will the Autumn Budget 2017 affect UK households?

The temporary Stamp Duty holiday in this budget is particularly aimed at young first-time buyers trying to get onto the housing ladder. Stamp Duty has been identified as a major obstacle to increased home ownership in the UK. The average £300,000 property would attract 3% Stamp Duty on the first £250,000 and then 5% above that so the move is significant. Substantial investment is also being made in home building, including £28m on three new housing pilot schemes in the West Midlands, Manchester and Liverpool. For renters there will be £125 million of funding, which should support around 140,000 people on low incomes over the next couple of years.

Income tax thresholds moved upward with this budget, leaving more room until higher tax bands kick in. From April next year the basic rate threshold will be £11,850 and the 40% threshold £46,350. The lowest paid workers will also see a small rise in income as the Living Wage goes up by 33p an hour. In this budget the duty on alcohol has been mostly frozen, with the exception of cider and perry with alcohol content between 6.9%-7.5%, for which a new tax band has been created. Those households planning on travelling abroad next year will see a freeze in air passenger duty – unless going on a premium ticket or private jet, in which case duty is increased.

Brexit uncertainty still remains and the Chancellor had a difficult task this budget to try and reassure the British people that it would be properly dealt with. Formerly just £700 million was set aside to manage the transition out of the EU. In this budget, £3 billion has been earmarked. Of course, while this is a more realistic sum, critics of Brexit have highlighted how much good this cash could have done if applied to other areas, such as the NHS.

As George Osborne did in nearly every budget, Philip Hammond also cancelled the fuel duty rise once again. The duty rise was scheduled to come into play in April next year so the move should save the average driver around £160 a year. There were some fairly cautious measures to encourage consumers away from diesel vehicles and towards more energy efficient, greener cars. For example, £400 million is set aside to establish an infrastructure for charging electric cars and people charging electric cars at work won’t face any taxes. At the same time, diesel cars face a one percentage point increase in company car tax and diesel cars that don’t measure up to standards will also see a rise in tax costs – up one tax band. As part of the campaign to attract younger voters there was also a new rail card for those aged 18 – 30 (the previous upper limit for the rail card was 25). Those with the rail card can get a third off rail fares.

Slipping standards in schools has been a major theme for many in previous years. In this budget the focus was on maths – with £40 million earmarked for maths teachers – and technology, with the number of computer science teachers is to be trebled. The Budget also had some incentives factored in to help encourage schools to direct pupils towards certain subjects, including a £600 premium for schools for each student taking A-level maths. The NHS is another controversial topic in almost every Budget. While £2.8 billion might seem like a substantial sum it is just half what was required according to Simon Stevens, the chief executive of NHS England.