Signs that the UK economy is beginning to falter

The economy is both a total mystery and a source of great concern for many of us. And in the last couple of the months of this year there have been some worrying signs that things might not be all that positive in terms of UK economic prospects. With growth rates hovering around 0.3% and 0.4% for the last three quarters – pretty sluggish, for those who aren’t that familiar with what growth rates should be – speculation is rife that the economy is definitely not doing as well as it could be. So what signs are there that the economy is struggling and what could be behind it? 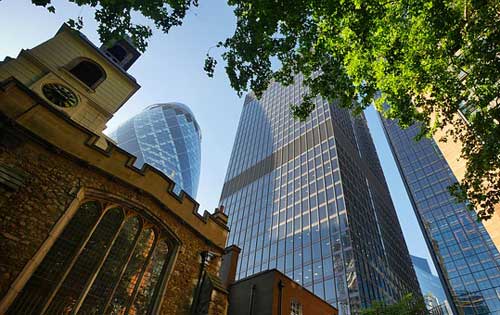 The Signs of Economic Trouble Ahead

Brexit – in early November, Mark Carney Governor of the Bank of England told the media that the UK economy would be booming right now if it wasn’t for the fact that Brexit had happened. The blame is being squarely placed on the slow negotiations, which have created enormous uncertainty among those with the cash to start stimulating the UK economy again.

The increase in inflation – in autumn this year inflation in the UK hit its highest level for around five years. This means that the cost of living has shot up for many Britons, from food prices through to holiday costs and electronics. When inflation increases things cost more and there is less cash available to spend, which means that consumers don’t add as much to the economy as previously. The Office for National Statistics has said that higher electricity and food prices have contributed significantly to the increase in inflation.

Slowdown in house price growth – at the end of the summer, the Halifax – Britain’s biggest mortgage lender – said that annual house price growth in the UK had slowed to the lowest rate in four years. In fact, in June a drop of 0.9% was recorded. Although this will be good news for many, especially those looking to get on the housing ladder for the first time, it does mean that there is much less cash moving around in the UK economy, leading to more whispers about fatal stagnation.

The increase in interest rates – in November 2017 the Bank of England raised the base rate for the first time in almost a decade. This is a clear sign that there are fears for the UK economy and that it needs a little help. The main motivation for increasing interest rates was given as the rise in inflation. The 0.25% rate rise is intended to try to reduce inflation (currently at 3%) back down to the 2% target level.

Lack of enthusiasm in big ticket items – when people stop making more expensive purchases it’s often a clear sign that there isn’t much spare cash around. It also indicates that lenders are less willing to offer credit or that consumers don’t have enough confidence to take risks on bigger purchases in the current economic environment. Big ticket items like cars and furniture are often the first to be abandoned by consumers. A prime example of this happening comes from furniture retailer DFS, which recently announced a 22% drop in annual profits as consumers start to cut back. And after five years of continuous growth the UK car market is in decline – and down 9% in September versus the previous year.

The big income squeeze – UK wages have not kept up with inflation. Even for the non-mathematically minded that’s an equation that’s just asking for trouble. If the cost of goods goes up by more than wages do then at some point households are going to start to struggle. This has left many UK households at what economists have described as “breaking point.” When this lack of wage growth is combined with the unusually high levels of inflation serious worries for the UK economy begin to surface. Life could simply become unaffordable for many people in the near future and the knock on effect that will have on the economy could be significant.

Brexit (again) – recent Organisation for Economic Cooperation and Development (OECD) reports were damning of the impact of Brexit on the UK economy. If we end up with a “no deal” scenario, the OECD estimated that Brexit could slice a significant £40 billion off the UK’s GDP growth by the end of 2019. The slump in the pound, super high inflation, very poor wage growth and a slow in GDP growth are all independent factors affecting the UK economy but most financial experts agree that they have all been significantly exacerbated by the decision to leave the EU.