The UK cities where thousands have problem debts

The number of people with debt problems is growing

Over the past six months the number of people in the UK with debt problems has increased to 8.3 million. Although that figure is still lower than the number of those struggling with debt in 2003, it’s 100k higher than six months ago. These new figures also mean that more than 10% of the UK population is currently overwhelmed by financial problems. However, the issues that we have with debt don’t tend to be spread evenly across the country. As you might expect, those living in wealthier areas such as Surrey and Buckinghamshire don’t tend to have the same issues with income and debt. The Money Advice Service research shows that it’s those who live in inner cities who are more likely to be drowning in debt. 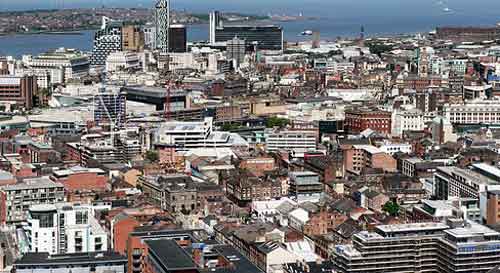 Which are the worst areas hit?

Two London boroughs – Newham and Tower Hamlets – top the list of the worst hit areas when it comes to local residents being unable to service their loans. In these two locations 22.7% of the population is struggling to make repayments and meet bills – around twice the national average. Despite this (or perhaps because of it), Tower Hamlets is one of the locations in London that has seen some of the most significant property rises over past decade. Since 2009, according to figures from online estate agents housesimple.com, property prices in Tower Hamlets have risen by more than 77% to in excess of £264,000.  The average house price in the UK in March of this year was £216,000.

Overall, London is home to a large number of areas identified by the Money Advice Service as those where the local population in struggling to pay its debts. In addition to Newham and Tower Hamlets, Barking and Dagenham and Hackney also make it on to the list of locations where more than 20% of people are in trouble. 21.8% of the population in Barking and Dagenham is having trouble meeting repayments, while in Hackney it’s 20.9%.

But it’s not just London where people are struggling

Debt repayment isn’t just an issue for those living in London. In Manchester, more than 90,000 local adults are struggling to make repayments on debts according to the Money Advice Service. In Hull, it’s a problem that is affecting 21.5% of the population and in Sandwell, West Midlands the number of people with money problems tops 22.1%. Areas in the Midlands that make the list include Leicester and Nottingham – with 21% and 21.9% of the local population respectively in trouble with their debt commitments.

What are the factors involved?

There are some key correlations between the areas that the Money Advice Service identified where people are living with serious debt problems. Perhaps the most significant is that many of these are inner city areas. As noted, some of these locations are areas where property prices have risen significantly, effectively pricing lower income families out of the market or putting serious strain on incomes.

Another factor: the gig economy

According to Andrew Bailey, the chief executive of the Financial Conduct Authority, the issue is also being made worse for people who don’t have a predictable and reliable income. Those who work in the gig economy – such as Uber drivers – as well as anyone on a working zero hours contract may find themselves at the end of the month without enough cash to cover repayments in addition to living expenses.

One of the key elements of the gig economy is its flexibility for both workers and employers. Work is not guaranteed but is available on demand as required. Although this allows workers the flexibility to avoid committing to regular hours it means they also don’t have the security of a predictable monthly wage and have no right to ask for a minimum monthly commitment from employers. Estimates vary but more than five million people are now thought to earn an income via the gig economy. For those workers incomes could slow – or stop – at any moment leaving no income with which to cover debts.

Although there are some areas of the country worse affected than others when it comes to making debt repayments, the number of locations where more than 20% of the local population is struggling to repay debt could soon go up, as opposed to down. With poor wage growth and high inflation affecting incomes, as well as utilities increases and Brexit redundancies there could soon be even less in the bank at the end of each month to make those debt repayments work.