Universal Credit is a new kind of benefit being introduced by the UK government. It aims are to simplify the current benefits and tax-credit arrangements. But it is clear that Universal Credit is not exactly universally loved. Prime Minister Theresa May has been warned that Universal Credit “could be her Poll Tax” – i.e. as controversial and damaging as that levy was for Margaret Thatcher. So, what does it involve and why is it causing so many problems? 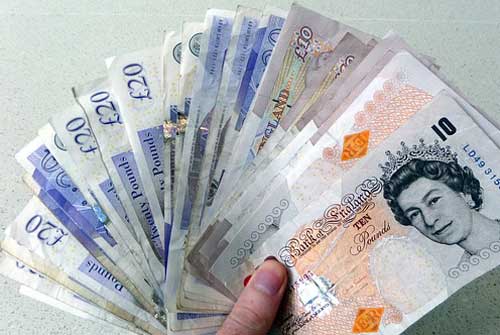 What is Universal Credit?

Universal Credit is a new means-tested benefit that applies to those who are of working age and on a low income. It is designed to replace a number of existing benefits, including:

The intention behind Universal Credit is to create a single umbrella for all these existing benefits, to simplify the current system and to encourage people back in to work. The new benefit applies across England, Scotland and Wales and is currently being phased in. It has a number of key features, including being delivered as a single monthly payment that is determined based on what the government believes someone is lacking financially.

Are there any benefits that Universal Credit won’t replace?

Yes, a number of benefits will remain alongside Universal Credit. These include:

How is Universal Credit entitlement worked out?

It’s a means-tested benefit so entitlement is based on an individual’s financial situation. It is essentially a balancing act between the financial resources an individual has and what the government says a person needs in order to live.

What’s the problem with its implementation?

There has been significant delay in introducing the system of Universal Credit, which has caused cross party condemnation in Parliament given the huge impact the change is having on the lives of many. Plus, as Universal Credit has begun its roll out it has emerged that many disabled people and their families will be a lot worse off under the new system. Annual losses to benefits could be anywhere from £1,000 – £2,000 or more, triggering extreme circumstances for many, such as not being able to buy food.

Why are disabled people so badly affected?

The main issue is the removal of disability premiums, such as the Severe Disability Premium (SDP). These premiums have been a lifeline for many people and their removal financially could result in a huge loss.

What is the Government doing?

The government has said that personal independence payments, (Pip) and social care from local councils will make up for what was previously provided by resources such as the SDP. However, investigation by the press has found that actually there is no obligation on local authorities to provide support to those who have lost the SDP. Large numbers of people who have already been transferred on to Universal Credit ahead of time – as a result of moving home, for example – also now find themselves without the Transitional Protection that was initially promised.

The government intends to provide protection for those who are transitioning to Universal Credit via “Transitional Protection.” This will top up the Universal Credit amount so that, in theory, no one should be worse off as a result of making the move to the new benefit. This will only apply to people who have not made a new benefit claim but are being transitioned over to Universal Credit from a former benefit. However, it is not scheduled to be available until July 2019 even though many claimants are already being moved across to Universal Credit and losing out as a result. It would great to think that if needs be you could borrow to bridge the gap but getting a loan when on benefits income is not straightforward.

What about the “health and work conversation”

The “health and work conversation” is a new requirement that comes in alongside Universal Credit and requires a mandatory meeting between a disabled claimant and the local job centre. The claimant will be required to provide information on what kind of work they could undertake. If these meetings aren’t attended then benefits are sanctioned as a result. The main issue that many charities highlight with this kind of arrangement is that someone who is claiming disability benefits is doing so for a reason i.e. they may not be able to get to a meeting such as this. That could result in nightmarish circumstances for many – get to the meeting, no matter what the mental, physical or financial cost, or lose your income.