Many of the money decisions we make today are based on what to do with the disposable income that we have. That’s the amount that’s left after covering basic costs, such as food, rent and utilities. A large proportion of people have experienced a drop in disposable income, particularly since the financial crash in 2008. But there is perhaps no section of British society that has been quite as hard hit as those on benefits. 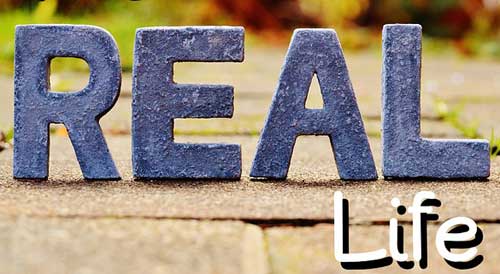 Many of the government’s austerity measures have been aimed at reducing the strain that benefits place on the public purse and this has resulted in a lot of cuts. Those of working age who claim benefits have had their incomes frozen since 2015 as part of general austerity measures. According to the Institute for Fiscal Studies, by 2020 on average these households will have lost £450 a year.

There could be any number of reasons for someone finding themselves in a position where they have to claim benefits. Medical conditions that prevent people from working mean that life is restricted to what the state can provide. Redundancy and being unable to find another job could be the reason for signing on for benefits for some and, for others, it’s responsibilities such as being a full time carer for someone with medical issues. Stories in certain parts of the UK media have been rife about those living the Life of Riley on benefits but the reality of where this leaves personal finances, in disposable income terms, can come as quite a shock.

How much do you get on benefits?

Radio 4’s consumer affairs programme You & Yours recently spoke to two single women and a couple who were living on benefits. Each of these households had the following to live off:

A single person with medical issues

A couple, one the carer for the other

The reality is for many people on benefits that, after the cost of gas, electricity, council tax, food and other routine bills have been covered they have just a couple of pounds left.

What kind of sacrifices have to be made?

On this kind of income, the idea of going out at the weekends or going shopping for new clothes is simply a pipe dream. Job seekers may find it hard to get to appointments they can’t walk to because they can’t afford the bus fare. This opens up the risk of benefits being stopped because appointments haven’t been attended. The luxuries that many people take for granted, such as holidays, being able to get onto the property ladder and even just travelling to see relatives, are all out of reach. And getting credit when on benefits is going to be tricky too.

Tips from those who balance budgets on benefits

When it comes to coping with the cost of every day living expenses there are a number of ways in which people on benefits cope, including:

The basics of budgeting

Once you know what your affordable monthly budget is then stick to it. The more faithfully you commit to what your income allows you to spend, the more likely you are to be able to balance your household budget, even on benefits.