Many columnists and commentators believe that food banks shouldn’t even exist. But, as Guardian columnist Owen Jones wrote recently, “benefit cuts and an unjust social order have left hundreds of thousands hungry in one of the richest countries in the world.” In the UK, the use of food banks has jumped by 52% – we are using them four times as much as we used to. Regardless of where your politics lie in terms of what has caused this situation, it’s clear that more Britons have become more reliant on food handouts. In fact, in 2017, around 1.3 million food parcels were handed out by the Trussell Trust alone. But what are food banks, who benefits from them and how do they actually work? 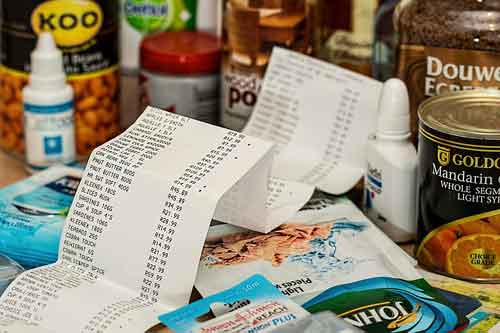 What is a food bank?

Food banks are usually staffed by volunteers and are set up to provide those in need with food essentials. The food that is distributed via food banks comes mostly from donations, often from members of the public. These are collected at donation points around the country, at churches, supermarkets and schools for example. The donations are sorted by volunteers at the food bank and then parcelled up and distributed to those who need them the most.

How do you get access to a food bank?

You need to have a food bank voucher. These are issued by people such as social workers and health visitors as well as staff at schools. They are given to those who are identified as being in a state of crisis and unable to buy these provisions on their own. The food bank voucher entitles anyone with one to three days worth of supplies. Where a voucher hasn’t been automatically given, it’s also possible for those who feel they need access to a specific food bank to start the process.

What does a food bank parcel contain?

This varies but the Trussell Trust, for example, will provide three days’ worth of nutritionally balanced, non-perishable tinned and dried foods. This could include a very wide range of different produce, including cereal, rice, biscuits, UHT milk and fruit juice. Many food banks also provide other items with food parcels, such as essential toiletries and hygiene products. Those who are eligible to receive a food bank parcel will sit down with a volunteer and go through the options in terms of dietary requirements to ensure that none of the food that is handed out goes to waste.

Are food banks purely about the food?

No, many food banks have evolved to provide a helpful infrastructure to those who use them. That could simply be company or someone to listen, as well as directing people in need to the various charities and organisations that might be able to help them.

Who uses food banks the most?

This tends to change annually. However, some statistics from the Trussell Trust from 2016/2017 provide some insight into those who were the most frequent visitors to the food bank during that year. During those 12 months, 39% of visitors to the food banks were single men, 13% were single mums with children, 12% were single women and 9% were couples with dependent children. In that year 87% of those who used the Trussell Trust’s food banks were born in the UK and only 3.7% were asylum seekers.

Why do people need food banks?

Although living on a chronically low income can be a factor in driving people towards using a food bank this is not the only influence. Researchers have found that it’s often some kind of “shock” that ends up pushing an individual or family into a place where a food bank is the only choice. This could be a rent increase, for example, or the removal of a benefit payment. We are using food banks today much more than we ever have before, even in the wake of the lean years of the 2008 financial crisis. In 2010-11, the Trussell Trust gave out 61,500 food parcels but in 2017 this had risen to 1.3 million.