The gig economy has really shaken up the world of employment. This new way of working, which allows anyone to take on ‘gigs’ – single pieces of work at a time – has provided both workers and employers with a much more flexible range of options. However, with that has come confusion – and claims of exploitation. And, as a result, there are many now pushing for a change in the law that recognises this new sector of the economy and provides better protection for those operating within it. 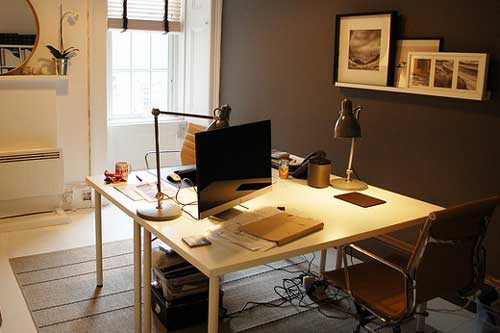 What is the gig economy?

Most of us are now familiar with what constitutes the gig economy. It’s a sector created predominantly by the use of technology. App based platforms make it possible for work to be distributed to workers on a piece by piece – or ‘gig’ – basis. It’s worth noting that not every gig economy job has been created this way (myhermes drivers, for example, are not organised by app). Everything from driving an Uber to being a Deliveroo driver comes within the gig economy concept. At the heart of the gig economy is a casual arrangement that means workers don’t have the legal protection that employees do. Most are treated as contractors or freelancers. So, sick pay, minimum wage or injury benefits, for example, are out of reach for gig economy workers.

There are many similarities between gig economy work and zero hours contracts. Arguably, both have evolved from the same motivation of the employer to reduce staffing costs. Both treat individual workers as contractors and neither offer benefits or any guarantee of work or income. However, there is a major difference, as zero hours contracts aren’t per ‘gig’ but on an hourly rate basis.

What rights are there in the gig economy?

The short answer is none. It’s been suggested by Frank Field MP that some gig economy workers are making less than £2.50 an hour – the current minimum wage in the UK for workers aged 25 and over is £7.50. Gig economy workers who fall ill and cant work simply have no income and can also be fired at any time. So, why do it? The major benefit is flexibility – working as part of the gig economy means you can do it around another job, around caring for children or relatives or to support a freelance life.

In 2016 an employment tribunal in the UK decided that Uber drivers – the most obvious example of the gig economy – were in fact not self-employed, as the company claimed, but full time workers. As a result the tribunal found that they were entitled to the full protection of the law. The tribunal judges described Uber’s arguments that its workers were self employed as “absurd” and said it was “resorting in its documentation to fictions, twisted language and even brand new language.” Uber is planning to appeal but the decision has made a big impact on how the gig economy is now viewed.

Then consider an unsecured loan from Selfy Loans: a loan company dedicated to helping freelancers, the self-employed or those who are sub-contractors.

So where are we now?

In July of this year, the Taylor Review was published. It was designed to clarify the position on the gig economy but has been heavily criticised for its vagueness. The key issue is that there is currently no statutory definition of self-employment – and in that respect the Taylor Review is viewed as not having gone far enough. Instead, Taylor called for a new category of worker called ‘dependent contractor’ to cover those in the gig economy and ensure they are receiving basic rights and minimum wage. While this seems like a good idea, without a statutory definition written into law it will still be up to the courts to determine who exactly falls into this category on a case by case basis. And, given the costs involved in taking a case to a tribunal for an individual it’s not really a solution at all.

With well over a million people working in the gig economy it’s crucial that the employment legislation in the UK catches up to the way that many people now choose to earn a living. There is certainly appetite for change – Deliveroo, for example, has said it will pay sickness and injury benefits if the law is changed. Consumers have benefitted enormously from the gig economy – and so too have the workers within it when it comes to flexible working. So, the challenge is to ensure that flexibility remains while also introducing a new raft of rights. The current lack of clarity on employment status means that gig economy workers still have virtually no rights and there will always be employers who will take advantage of this until the law intervenes and stops them.