Do you recognise these key trends in the UK workforce?

During the recent general election campaign there was a lot of talk about “ordinary” people and the hard working people of Britain. It might be a seriously overused catchphrase but the workers of the UK do make a significant difference to the British economy and our experience of society. So, who are they? 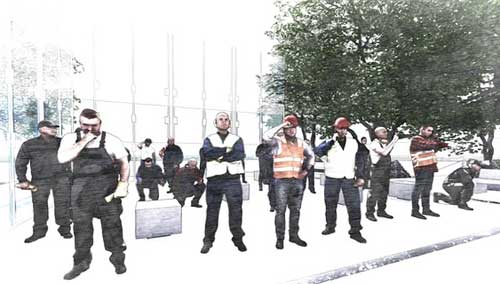 In the 1970s or 80s, it was on the construction sites, in the factories and down the mines where you might find much of the bulk of the UK workers of Britain. However, today this is not the case. According to Office for National Statistics data we have evolved as a country from a manufacturing nation to a service industry driven economy. ‘Services’ includes public administration, retail, hotels, education, health, finance, business and transport. In total, a huge 81% of the country is working in some capacity in a services industry.

Conclusion: we are no longer a country of industry.

The work force is fairly evenly split down gender lines

Our work economy has really changed since the 1970s. Back then just a third of the UK workforce was made up of women, who still predominantly occupied roles in the home. Today, women make up almost half of the UK workforce. Sadly, this rise in the numbers of equal women at work has not come with equal rights for women in the workplace. The gender pay gap in the UK remains a disappointing 18% for no discernible reason other than biology. Women are seriously disadvantaged by the lack of affordable childcare and difficulties obtaining flexible working in ambitious careers. Plus, women tend to have two thirds less in their pension pots than men due to salary disparities and maternity and childcare leave and time at home. So, there is still plenty of ground to make up on that front.

Conclusion: more women in the workplace has been a significant factor in raising standards of living and diversifying our economy. However, we aren’t supporting our female workforce properly.

Our population is ageing – and so is our workforce

One in three UK workers is now over the age of 50. This figure was one in five back in 1992. Various factors come into play here, from the rises in the state pension age, to increased life expectancy and the fact that many of us don’t have enough pension to retire on comfortably.

Conclusion: we are more likely to continue working into our Golden Years than ever before.

Around two thirds of UK workers still have a full time job working for an employer. That proportion has remained fairly consistent since the 1990s. 25 years ago the average working week for most of us was 33 hours – now this has reduced to…just an hour less at 32 hours a week.

Conclusion: a ‘steady, regular job’ is still the aim for many and we are unlikely to become a more agile or mobile economy any time soon.

However, the way we work is definitely changing

There are now roughly five million self-employed people in the UK workforce – everyone from taxi drivers to writers. Since 2000 that’s an increase of around 50%, much of which is being attributed to the growth of the gig economy and people looking for more flexible lifestyles. In addition to self-employed workers, the UK economy is also made up of 900,000 workers on zero hours contracts and 800,000 agency workers.

Conclusion: The opportunities for working differently are there for those that want them and our economy could change immeasurably as a result in the coming decades.

In fact, not since the Napoleonic wars have Britons fared so badly when it comes to pay rises. The National Minimum Wage was introduced in 1999 and has since risen at a faster rate than both inflation and average earnings have. However, it remains at £7.50 an hour for anyone over the age of 25. Given the high cost of living in the UK, plus sky high house prices and rents, it still presents a challenge for living for most people. Average salaries have not risen at the same rate as the National Minimum Wage. Average weekly earnings are now £480, a figure that means that pay for the UK workforce has not kept up with the rate of increase in what everything costs to buy and use. Plus, according to the Office for Budget Responsibility we can expect a lower average real pay between now and 2020 than between 2001 and 2010. This is leading to millions of UK people to relying more and more on credit to cover their daily costs. The amount of consumer credit used has risen dramatically in recent years, and there is a growing number of people who are suffering from credit problems.

Conclusion: lower pay presents serious problems for a strong economy, impacting on everything from consumer spending to homelessness figures. It’s no coincidence that the use of food banks is at a record high.

Conclusion: the cash in our economy does not support the younger generations – coincidentally also the generations that are priced out of the housing market, paying a high cost for education and are stuck with record high rents. How sustainable that is remains to be seen.

So, according to the Office for National Statistics data, UK workers are employed – but low paid – and you’re generally disadvantaged if you’re young. In that context, perhaps the surprise increase in the June 8th Labour vote isn’t that surprising after all.