Is this the end for guarantor loans?

The COVID-19 pandemic has dealt a severe blow to the UK economy with unemployment numbers reported at 4.8% for the period between January 2021 – March 2021. With such a depressed economy, the number of borrowers especially those with bad credit is expected to spike.

A September 2020 national poll by StepChange Debt Charity revealed that close to 2.5m people were staring at a financial crisis arising from the coronavirus pandemic. The poll also found out that corona virus-related household debt in the UK reached levels of £10.2 billion, rising by a whopping 66% from May 2020 to September 2020.

Over the last decade, guarantor loans have been one of the most popular credit options in the UK. This is because they open the door to unsecured borrowing for people who would have otherwise not been approved due to poor credit history. Provided you can get someone else with a strong credit history to guarantee you, the chances of getting approved are much higher. 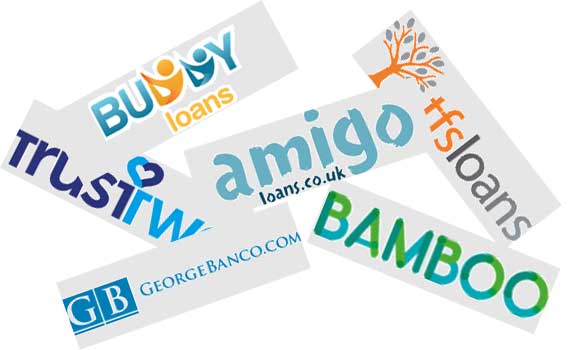 Why the Decline in Guarantor Lenders?

So, in 2021, it is very strange to see that there is a marked decline both in guarantor lenders and guarantor loan products. The decline has been so noticeable that there are suggestions we are seeing the beginning of the end for this category of loans.

Amigo, who has been the key driver of growth in the guarantor market and accounts for about 90% of the guarantor loan market, is now on the verge of insolvency! A company that was listed in July 2018 and valued at £1.3bn is now worth a paltry £40m! In other words, it has lost 97% of its value.

Non-Standard Finance (NSF), the second-largest player in the market through the TrustTwo and George Banco brands, has just announced that it will place its guarantor loan business into a “managed run-off” with final closure timed for 2025. It will not issue new loans but simply manage the existing loan book.

During the height of the pandemic Bamboo quietly stopped new guarantor loan lending, and other brands such as UK Credit and TFS Loans attempted to redefine their offerings to address concerns about guarantor loans.

There are many reasons why these lenders are contracting. Perhaps the most important is the FCA’s attitude to the sector and its gradual reassessment of the regulatory environment. In addition, there is a surging number of claims brought by claims management companies (CMCs). It was such claims that brought many payday loan lenders to their knees a few years ago.

The Complaints About Guarantor Loans

There are several types of complaints that borrowers have brought against guarantor loan lenders. Here are some of the most common ones.

Apart from the claims brought forward by borrowers, some have been fronted by guarantors. For instance, some guarantors have raised concerns about their ability to afford payments with others claiming that they are being pestered for payment.

Industry regulators such as the Financial Conduct Authority are also poking holes into the governance and creditworthiness assessment models of these lenders. There are chances of non-compliance with regulatory requirements.

What’s The Way Forward for Borrowers

With all that is happening around the guarantor loan market, you could be wondering what the best alternative is for borrowers with credit problems. There are other unsecured loan products available and the one that suits you may depend on the amount you want to borrow and for how long. Find out about instalment loans and bad credit personal loans.

The UK guarantor loan market has had its successes but also some epic failures some of which are gradually coming to light. Complaints lodged by borrowers and guarantors through CMCs have prompted regulatory authorities to step in and assess the governance structures of lenders in this market.

Following these developments, some lenders are shutting down their guarantor loan divisions with others facing potential bankruptcy. While this may not necessarily be the end of guarantor loans, it could change the structure of the market for good.

Despite the rather gloomy picture, borrowers still have alternatives that they can consider in products. Borrowers only need to compare the different loan quotes and the terms of lending.