Brexit Update: At what stage are negotiations?

Brexit remains one of the most difficult topics of conversation in the UK right now. Negotiations concerning the way that the UK will retain its ties with the EU have been very publicly criticised for their slowness and the confusion about what rights will remain and what rights will go. So, what do we know about Brexit so far and what is there left to negotiate?

Brexit – what we know

The one feature of Brexit that is relatively certain is that Britain will depart the EU at 11 p.m. GMT on March 29, 2019. And that’s it – currently that is the only degree of certainty that anyone has about what life will look like in this post-referendum age! 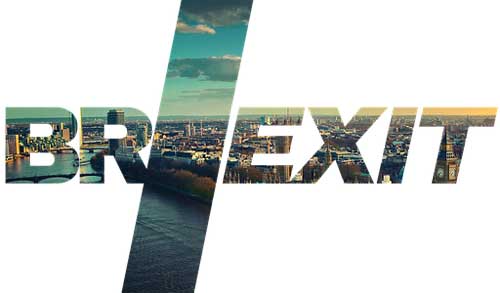 Brexit – the main issues and what we think we know

Outside of the exact date and time that Britain will depart the EU there is still a lot to negotiate. However, although there has been no confirmation about what rights British citizens will have after March 29 2019, some progress is being made.

The “divorce bill.” This is one of the trickiest subjects because, although it doesn’t relate to UK citizens’ rights in Europe, it will have an impact on the national budget and, consequently, the wealth of the UK as a whole. Prime Minister Theresa May has said that the UK will honour the financial commitments that it made while a member of the EU but has gone no further. No agreement has yet been reached on exactly how much Britain should be paying to leave the EU – estimated sums come in anywhere from £20 billion to £100 billion!

British citizens abroad. There are roughly 1.2 million Britons who have made their home somewhere in the EU outside of the UK and one of the key questions for the negotiations has been what rights they will have post-Brexit. Although nothing has been confirmed the two sides are said to be within “touching distance” of a deal. Given that this is one of the first issues to potentially be resolved many experts are speculating that this is a sign that the rights of Brits abroad won’t be affected.

EU citizens in the UK. Britain is home to around 3 million EU nationals and their rights after Brexit are another point of contention. Although, initially, there were fears that large numbers would be asked to leave, the UK government has very recently sought to comfort EU citizens based in the EU who are fearful about their ongoing status. It has said it is looking to create a straightforward and low cost way for EU nationals to apply for settled status in the UK, including how to appeal if an application is unsuccessful.

Right now, all anyone can do is speculate on what life will be like in post-Brexit Britain in key areas such as these:

The right to work in the EU – restricting the right of EU nationals to work in the UK was a central plank in the Leave campaign’s rhetoric but what will also disappear as a result of the vote is the right of Britons to work freely in the EU. The issue of free movement of people within the EU is tightly tied to trade. It’s likely that the UK will be forced to continue to allow EU immigration to keep trade links open. The up side of that is that it may not be as difficult as anticipated for Brits to live and work in the EU after all.

The influence of EU bureaucracy – again, getting rid of the influence of EU bureaucracy on British daily life was seen as a major selling point for Leave campaigners. Of course, that bureaucracy has brought us the right to compensation for delayed flights, the power to crack down on big corporate tax avoiders, an end to mobile roaming charges, reduced VAT on energy bills, climate change targets, better banking regulation and limits on working hours. Some feel we’ll actually be left with less protection, rather than less red tape, as a result but as yet no one really knows which of these will stay and which will go.

Retiring to Europe – although nothing has yet been confirmed, many fear that retiring to Europe after the UK leaves the EU will no longer be possible. In fact, financial firm Blevins Franks – which offers advice to retirees locating to Europe – said it has seen an uptick of 20 – 25% in people looking to do this before 2019.