What’s the current thinking on the shape of Brexit?

Amid the media frenzy over Prime Minister Theresa May’s decision to call a snap General Election on June 8, there’s been a huge amount of speculation about what this means for the forthcoming Brexit negotiations. In particular, the media has speculated about whether an increased Conservative majority will strengthen Mrs May’s hand when it comes to negotiating Britain’s exit from the European Union with the bloc’s other 27 members.

But the deal that Britain seeks and could get has gone largely unmentioned in recent days with the focus purely being on Mrs May’s authority at home and her resolve that “there can be no going back on Brexit”. So, what is a Brexit deal likely to look like once Britain finally gets down to the negotiations which will probably run through to the end of 2018 with Britain finally leaving in the spring of the following year? 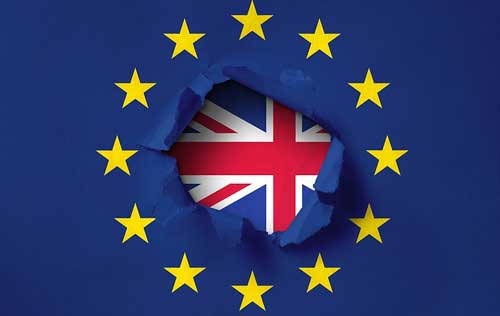 The answer to this question from most analysts is neither. Although Mrs May has ruled out seeking continued membership of the Single Market and has stated that Britain will leave the European Customs Union, the most likely result of negotiations will be that the UK continues to have limited tariff-free access to its biggest export market.

Analysis carried out by Morgan Stanley found that the most likely deal will involve a so-called “Canada plus” arrangement. This refers to the Comprehensive Economic and Trade Agreement (CETA) signed by the EU and Canada at the end of 2016 but yet to be implemented. A likely deal between Britain and the EU would include much of that in the CETA including tariff-free trade on the majority of goods but excluding some parts of the UK service sector and some agricultural products.

Signing a CETA-style agreement would allow limited access to the Single Market but not require Britain to sign up to the free movement of people as required of non-EU members in the European Economic Area including Norway and Switzerland.

What would this mean for the Finance sector?

This is likely to be the big loser under any CETA-style deal with the EU. It would mean that the UK’s enormous financial sector (12% of the UK’s economic output) would lose its current access and protections such as “passporting rights” in which banks have the right to passport their licences across the EU without having to go through time-consuming and costly approvals in each country. It is estimated that about 13,500 companies in the UK use financial passporting and that these are not just in the financial sector. A diverse range of businesses passport from the UK into the EU including newspaper publishers, removal companies and some health practitioners.

There are no firm predictions about what might happen to these businesses but it is estimated that up to 250,000 work in companies which rely upon passporting in the UK.

What about the interim?

It will take at least 18 months to negotiate the terms of exit from the EU. Brussels has made it clear that it will not start negotiating a new agreement with the UK until the terms of departure have been agreed.

That means that Britain will probably be required to pay some sort of “divorce settlement” to cover the obligations it has already signed up to. Some EU leaders have put this figure as high as £60 billion but most analysts suspect that the final agreement will be somewhere around half of this amount.

It’s possible – indeed probable given the amount that other EU countries export to the UK – that some sort of transitional arrangement will be agreed for the period immediately after Britain formerly leaves the bloc but before a new trade agreement is in place.

This interim deal is, according to economic and political analysts, likely to be an “off-the-shelf” arrangement rather than a newly negotiated one. The most likely deal for an interim arrangement is membership of the European Economic Area – something currently enjoyed by countries like Liechtenstein and Norway. That would mean free access to and from the Single Market but continuing to abide by the so-called four freedoms: people, capital, goods and labour.

Such an arrangement could last for five years to allow time for a detailed and comprehensive trade agreement to be negotiated after Britain’s exit.