How will employment fare in 2017? Which sectors will grow and which will decline? What will the impact of Brexit be on all of those in and seeking work? The answer depends on which economist or forecasting unit you believe. Some are predicting robust growth throughout the rest of this year while others are predicting subdued growth or even rising unemployment. 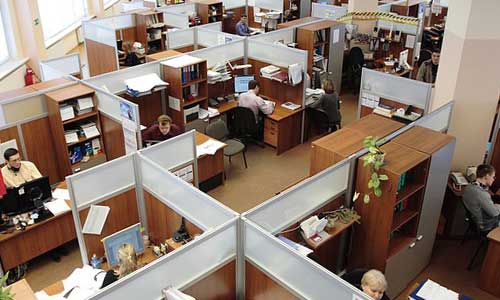 What are the forecasts about UK jobs?

In its annual survey of economists published by the Financial Times in January, a majority of economists said that they expected that growth in the UK economy will slow markedly this year with household incomes suffering because of rising inflation and a majority of businesses postponing or shelving decisions on investment because of Brexit uncertainties.

That, say the economists, will have a knock-on effect on the jobs market. Unemployment will start to rise this year as businesses try to cut costs in anticipation of Britain’s exit from the EU. Pressure on household incomes caused by rising inflation – which climbed to 1.8% in January, the highest rate since 2014 – will also have a depressing effect on the jobs market.

In a separate survey, economists from investment bank UBS said that they expected unemployment to start rising again once Theresa May invokes the process for leaving the EU by the end of March.

UBS forecasts that the unemployment rate will rise from its current 5.0% to 5.5% in 2017 and 6.3% in 2018. This will mainly be caused, the bank says, by a combination of slowing growth and defensive behaviour by firms when it comes to hiring new staff – particularly in the immediate aftermath of the triggering of Article 50. Wages and household income, UBS says, are also likely to be depressed as both consumption and investment slow.

Capital Economics highlighted a rise in the number of people who had only just signed on in October suggesting that this indicated weaker employment figures ahead. This is because the numbers of recent claimants take time to filter through to the headline statistics.

This moderation should prevent wage growth from picking up in coming months. So, after a few years of positive real wage growth, households will see higher inflation close to eroding this entirely over the coming years, constraining consumer spending growth.

Ben Brettell at Hargreaves Lansdown said the labour market “continues to surprise with its resilience to the Brexit shock”, but agreed that the claimant count indicated storm clouds gathering on the horizon.

All in all, it does seem likely that unemployment could tick up somewhat during the coming months, though dire predictions made in the immediate aftermath of the vote appear wide of the mark.

Which are the best sectors for employment?

Science and technology are the sectors likely to experience the fastest rates of growth in employment this year, according to the Confederation of British Industry (CBI).

The employers’ confederation expects every part of the private sector to hire more people over the next 12 months, in direct contrast to the gloomy predictions of other economists.

The CBI said that its research showed that 41% of companies expect to increase their workforces this year while only 13% expect to cut back. The CBI’s survey involved more than 353 companies employing more than 1.2 million people. It predicted that the fastest rates of employment growth would be found in the science, IT and construction sectors.

Other surveys have suggested that manufacturing will be a growing jobs area this year because the fall in the value of the pound since the Brexit vote last year has made British exports more attractive.

Yet while more companies expect to increase wages in line with inflation this year compared with a year ago, the CBI said that the introduction of a higher minimum wage risked damaging future investment. The confederation warned both the Government and the Bank of England to “carefully monitor” future increases.

The CBI’s survey showed that, while 41% of all companies expect to absorb extra costs like the minimum wage and import prices, a quarter said they would have to increase prices in response to the increases. Meanwhile, 16% of all the firms surveyed said that they would make overall pay and benefits packages less attractive.