How will economic and political changes affect UK jobs market?

2016 has been something of a turbulent year. The departures of David Bowie and Leonard Cohen were bad enough. However, with a Trump presidency, a looming Brexit and the after effects of recession there’s plenty of ongoing challenges to contend with right now. For UK jobs market, each of these events (bar Bowie and Cohen) has an impact. Some industries suffer and others grow. But the ongoing uncertainty attached to economic and political factors right now is causing a general slowdown.

In the weeks and months immediately after Brexit, everything seemed to shudder to a slight halt. UK recruitment specialists Hays reported that the jobs market in the UK weakened significantly at the time of the vote. However, now that we’re almost at the end of the year, it seems to be rebounding. As with everything to do with Brexit, it’s the uncertainty that creates the negative conditions. However, there is hope. While wage growth remained sluggish around 2.3%, the number of unemployed remained steady, indicating a widespread unemployment crisis was not under way.

Although halting the free movement of people was one of the reasons many voted for Brexit, this is a key worry for the UK jobs market. Some industries – such as farming – have warned of a Brexit-triggered labour crisis. Others, such as construction have seen a marked slow down in the numbers of jobs being offered as businesses pause to see what will happen next. So, for some industries these changes could mean not enough workers. For others, the shortage will be with respect to jobs. If only it were a simple question of reassigning workers from one sector to another.

Tech is an enduring beacon in the jobs market. From developers to engineers, the range and volume of roles available continues to be strong. Government investment in tech sector businesses will help to ensure recruitment to this industry remains steady. As tech becomes crucial to everything, from hospitals to shops, it’s unlikely that demand will drop off any time soon. This is regardless of the effect of Brexit or a further economic slowdown. 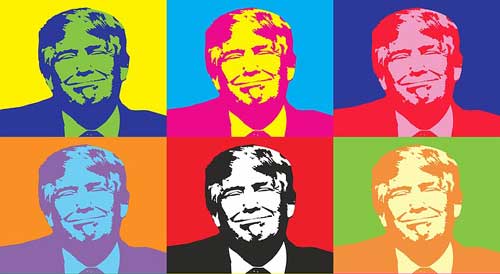 Although no one really knows what kind of changes may happen to the UK market’s overseas relations, there will no doubt be some. Whether it is Trump shutting America’s doors to immigrants and foreign workers or more stringent visa conditions for working in the EU, there will be change. The UK jobs market could be especially affected by those foreign firms that have an office in the UK and no longer offer EU moves or secondments. This could make working in the EU much harder for Brits, even those already within a company that has EU offices.

The UK no longer a gateway

Many large businesses, from car manufacturers to insurers, set up shop in the UK with a view to it being a gateway to the EU. If Brexit shuts this gate then the worst case scenario is that businesses begin to shut down, or reduce, their UK office staff. This could result in far fewer jobs available, especially in London where big firms have established their primary EU bases. Those taking a more positive view of the situation have predicted that this could lead to a renewed interest from businesses in other markets. Although there will no longer be access to the EU from the UK, the lower cost of salaries thanks to the drop in pound value could still attract overseas investment and jobs. Combine this with a drop in property costs for anyone converting their purchase money from another currency into pounds and the UK is a very attractive prospect.

Back in August, Treasury documents revealed that every major bank in the UK expected there to be a post-Brexit recession. Several banks have now cancelled this forecast. However, it’s worth remembering that the country hasn’t actually exited the EU yet. When this happens – in the next one or two years – there could be another flurry of negativity and panic. Either way, even the banks that cancelled their recession forecasts still predict incredibly slow economic growth. Given the fact that we have only just begun to recover from the 2008 recession this could really squeeze the UK jobs market. In particular, smaller businesses with tiny margins could very easily tip over into the red and go under.

In such an uncertain world it is almost impossible to predict what the UK jobs market will look like in 12 months time. However, the impact of Brexit, Trump and potential recession are all important factors to bear in mind.