Britain may be leaving the European Union but for those of us going on holiday to the Continent this summer, we might find that we are grateful the UK is still a member for now.

As of June 15, all mobile phone roaming charges across Europe and some other destinations were banned. The move by the EU – which was put in train two years ago – followed a long campaign by consumer rights groups angry at the sometimes-extortionate prices that mobile phone operators were charging users for making calls or using data while on holiday. Despite the carriers all using exactly the same infrastructure both at home and abroad, there were reports of account holders arriving home to be confronted with bills for thousands of pounds because their children had used their phones to stream YouTube videos. 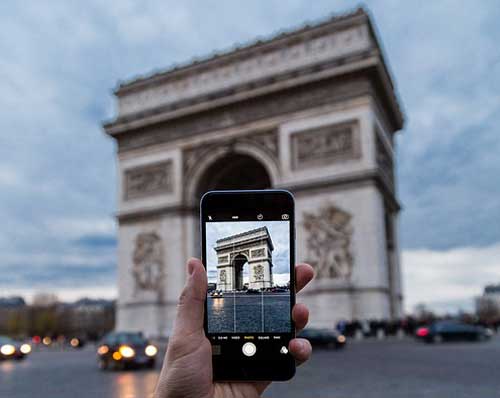 The campaign by consumer groups led to a series of staged cuts in the price of roaming on the road to an eventual ban on it altogether. From June 15, all Europeans are able to make mobile calls, send text messages and use data anywhere in the EU and in some other countries as well as part of their home contract. That means that if your contract includes 3GB of data, it will not matter where you download that data – you will be charged the same as your contract price.

However, our unconstrained joy may prove to be short lived: Brexit could be the fly in the ointment and, as yet, nobody knows whether the mobile operators will be free to re-impose roaming charges on British account holders once we leave the EU. Even without Brexit, Europe does not necessarily mean all of Europe: countries including Switzerland, Andorra, the Channel Islands and even the Isle of Man, which are not formally part of the EU or the European Economic Area (EEA), may be excluded by certain mobile operators.

The situation is confusing for non-EU countries: Vodafone, for example, does not charge for mobile roaming in Turkey (which is not an EU member) while other operators do.

Why did the EU act?

Roaming charges have long been regarded as one of the biggest rip-offs in consumer rights history. As recently as 2007, a Briton travelling to France or Spain was faced with charges of 50p a minute just to call somebody at home. The EU stepped in an imposed a series of price caps which prevented such outrageous charges but even so, users continued to have to pay an average of 16p a minute to make calls back to the UK with further charges on text messaging or the use of data.

Even careful users would come home from a fortnight’s holiday to find a £100 bill from their carrier on the mat while those who decided to watch videos were in danger of being charged four figures.

The EU decided to impose a single market across the bloc for electronic communications, regularising roaming across all member states.

Will I still be charged if somebody calls me when I’m on holiday?

No, not if your destination is one of the EU member states. In 2007, you were charged about 24p a minute if somebody called you while you were roaming in Europe. This was also abolished on June 15 although you may still have to pay the charge if you are holidaying outside an EU country.

Where will I still pay roaming charges?

While the ban only officially covers EU states, the situation in non-EU European countries is a grey area. While you could still technically face charges for using your phone in places like Turkey, Switzerland or Norway, most of Britain’s network operators are including these and other destinations in their roaming-free packages. But the situation varies from operator to operator and may also be different depending upon whether your phone is on contract or is pay-as-you-go.

The Channel Islands, for instance, are included in most of the operators’ roaming free areas but some may still charge even those these countries are Crown Dependencies. While Vodafone includes Turkey as a free country, others don’t and even though Morocco is a very popular destination for British holidaymakers, you’ll still pay an average of £1.65 a minute to make a call to the UK from there and £1.30 a minute to receive one.