Your personal finances and a “No Deal Brexit”

January is the most financially depressing month of the year for many of us. And this year it certainly doesn’t help that Brexit is pending. With so little clarity about what Brexit looks like – and yet another government defeat on the Brexit proposal – a lot of people are getting increasingly nervous. There is a continuing and significant threat that the UK will leave the EU on March 29th without a deal – the so-called “No Deal Brexit”. So, what kind of an impact could that have on your personal finances? 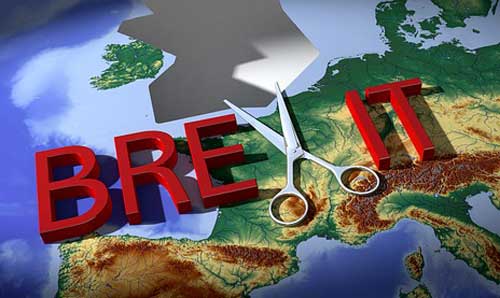 It’s unlikely that a No Deal Brexit will have a significant impact on a mortgage – as long as that mortgage is with a UK provider. That’s currently the case for most UK homeowners. However, if a mortgage has been provided by an EU company then this could raise an issue. This will be the same for any financial services that are being provided by an EU business to a UK customer. However, it’s not all bad news, as if there is a problem this won’t take effect straight away. Instead, from 29 March 2019 a three year grace period will start that will allow EU companies to continue to provide services until a deal has been worked out.

There could be serious issues with pensions for Brits who are currently living in EU countries. For those Brits in the EU receiving financial services such as a pension from a UK business, unless that business has an EU subsidiary, 29 March 2019 may be the stop date for receiving those services if there is no deal. In order to overcome that, the country in which the Briton is based would need to have an agreement in place with the UK about provision of financial services. Either that or the EU would need to agree to allow UK financial services companies to continue to provide services into the EEA after March 2019.

A no deal Brexit could see a number of costs spiral and there may even be shortages of every day items, especially when it comes to anything that is imported from the EU. For instance it it predicted that food costs could increase overnight by 10%. Other regular costs could also be affected. For example, if there is no deal then there will be no obligation on mobile phone operators to waive roaming charges so Britons in Europe could find themselves with this additional cost to pay once again. It may even be necessary to purchase a new driver’s licence for anyone who is travelling from the UK to the EU after a no deal Brexit. As UK driving licenses would no longer be valid in the EU, an International Driving Permit would need to be purchased instead.

It’s very difficult to anticipate the scale of a predicted adverse impact of a No Deal Brexit on British property. It’s been reported that Mark Carney, governor of the Bank of England, told UK ministers that such a situation could see a price crash of up to 35%. However, this is a worst case scenario that also included a rise in interest rates and unemployment. The key factor with house prices is that they are likely to rebound over time. So, even if the UK property market does experience a serious dip as a result of a No Deal Brexit, values could begin to climb back up again once the situation starts to stabilise.

Your Savings or Debt

There’s no doubt that the best position for anyone to be in going into Brexit is to have a significant pool of savings and low – or no – debt. However, that’s just not the situation for millions of Britons, especially in the months just after Christmas. The main issue for many will be a potential interest rate rise by the Bank of England, which could increase the cost of debt. That’s not currently on the cards but no one really knows what will happen post-Brexit and rates have been minimal for some time. More challenging could be the impact of losing a job or having a self-employed business affected. Especially for those who are already struggling financially. There are many ways that this could happen, for example an EU company may close a London office or red tape may make EU imports prohibitively costly.

A No deal Brexit is pretty much the worst outcome for anyone in the UK, particularly given the uncertainty this will create with respect to personal finances. However, all we can currently do is to wait and see how the government will attempt to resolve all the issues this creates.