How will the proposed energy price cap work?

Energy prices are a touchy subject for many of us. British Gas, for example, announced in August that it was increasing its prices by 12.5% from this autumn. For typical households on a dual fuel tariff that’s an increase of around £75 a year. It seems that there is a never-ending stream of bad news about energy prices with the big six following in each other’s footsteps and repeatedly giving consumers bigger bills to swallow. So, when it was announced that the government was considering an energy price cap, there were sighs of relief right across the country. But what does the new energy price cap actually mean for British consumers and are you likely to benefit? 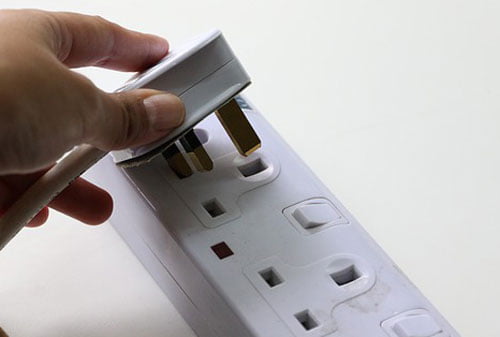 What is the energy price cap?

It will mean that around 18 million people in the UK will see their bills reduced by roughly £120 a year. Those who are affected are consumers who have not ever switched i.e. the most loyal customers. It’s these people who have been with a supplier so long that they have ended up on the expensive default tariffs (standard variable tariffs) where energy suppliers make most of their money. Thanks to the new energy price cap large numbers of people on these deals can look forward to seeing their energy prices drop.

When is the energy price cap likely to take effect?

The full details of the price cap are still somewhat up in the air so it’s unlikely that consumers are going to feel its effects immediately. In fact, the cap will not make any impact at all this winter. Unfortunately, for those who are affected by those significantly higher costs, the price cap is likely to take at least a year to have any impact.

What does the draft legislation say?

Why are people worried about the price cap?

There has been some speculation that the introduction of the price cap will mean the end of cheaper deals for those who are savvy enough to switch. So, the implication is that the big six energy companies rely on those who forget to switch and pay more for their energy to fund the deals to attract new customers. On the basis of that thinking, if the price cap has the impact of reducing the profits energy companies make from those customers then other customers could lose out as a result.

What about the incentive to switch?

A potential consequence of a leveling out of energy prices could be a drop in competition in the energy market. There could no longer be an incentive for consumers to switch to other suppliers and the expansion of market players that we have seen in recent times could stall. There could also be a reduction in the number of different energy options on offer. Given that a larger number of smaller energy providers have entered the market on the basis of being able to offer better deals, the worry is that this diversification simply won’t continue.

What do the energy companies have to say about it?

Few are pleased with the prospect of the price cap but not many have made any public comment about it. That is apart from SSE, formerly known as Scottish and Southern Energy. SSE is Britain’s second largest energy supplier and it was revealed this month that it is considering leaving the UK market now that the price cap is back on the table. SSE supplies gas and electricity to around eight million UK homes so it’s a fairly significant move for the company to make. According to an investment banker who spoke with executives at the business and was quoted in the Telegraph, “at this stage the business is more trouble than it’s worth.”

So, what happens now?

The government has made it clear that capping energy prices is going to happen and has given energy companies an incentive to do something about the “broken” UK energy market. Whether this will cause bills to rise in the longer term as energy companies look to make up for that loss in profits depends on the response to the draft legislation.