Why it doesn’t pay to be a loyal customer!

Loyalty is something that most of us value in the people that we choose to surround ourselves with. However, when it comes to being a consumer, all the signs are that loyalty is something that the brands we commit ourselves to tend to take for granted. If you’ve ever looked at advertising by your mobile phone provider, insurer or bank and wondered why the rates and prices you’re seeing are much lower than what you’re currently charged then you’ve seen first hand why it doesn’t pay to be a loyal customer. Now, a new study by Citizen’s Advice has put a figure on this “loyalty penalty,” which could be as much as £877 per person. 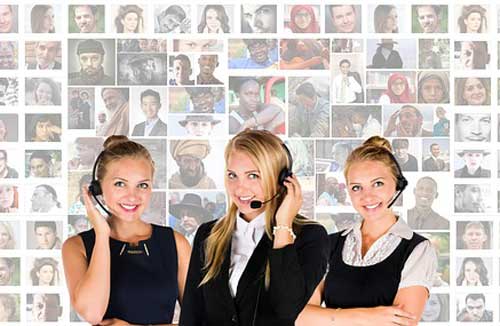 Where does the loyalty penalty exist?

The research carried out by Citizen’s Advice covered five different sectors: savings, mortgages, mobile phones, broadband and home insurance. It looked into what new customers pay and what loyal existing customers pay, identifying the difference between these two amounts as effectively a penalty for remaining loyal to a particular bank or mobile phone provider. Across the five markets that Citizen’s Advice investigated it found that a loyal consumer could potentially be paying a loyalty penalty of £877. This includes:

The total also includes Citizen’s Advice research indicating that loyal customer pay £264 for a mobile phone contract and £48 for a cash ISA, as compared to the rates offered to a new customer.

Why do we pay more?

90% of people believe that they should be rewarded for loyalty. And yet many of us are not very good at spotting when we are not. Citizens Advice found that 39% of us are completely unaware that we’re paying any more for essential services because of the loyalty penalty. 35% say that they just find it too difficult to shop around. 25% say they feel that it’s difficult to get out of a contract for an essential service – i.e. we’re more inclined to stay put even if we’re being charged more because of the perceived hassle involved in switching. Providers in these markets are not exactly being proactive when it comes to informing customers where there is money to be saved either. 75% of broadband customers, for example, are not aware of ever being told that they could reduce what they pay by simply switching to a cheaper deal.

What can be done to change the situation?

Citizen’s Advice has a number of legal powers and has used these to submit a “super complaint” to the Competition and Markets Authority, which has 90 days to respond. It is hoped that the authority will take the opportunity to find a way to stop consumers from paying the loyalty penalty, whether that’s more transparency over how it arises or automatically informing consumers when they are affected.

What can you do right now?

Shop around. There are plenty of price comparison sites that will show you exactly what deals are available to you for the essential services that you need.

The only way to avoid falling victim to the loyalty penalty is to be proactive when it comes to shopping around for the best possible deals. Making these savings could mean you stop having to take out small loans to bridge the gap to payday.