There were many measures announced in the 2018 Budget that were slightly controversial, which meant that others didn’t get quite as much attention. One of the “quieter” proposals put forward in the Budget this year was a move to help tackle the issue of “problem debt” in the UK. To help those on low incomes currently struggling with debt problems, the government is going to look into the option of a no-interest loan scheme. The scheme would be designed to help people pay back debts with high interest rates that have become a problem – without generating more interest while doing it. 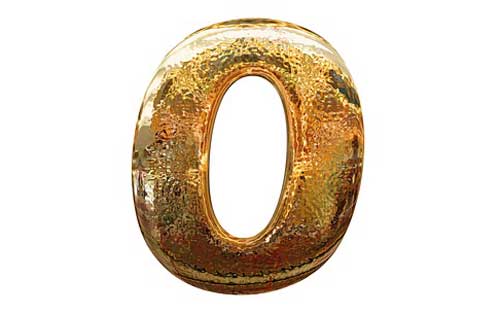 Why are zero-interest loans being proposed?

There are roughly three million people in the UK currently using high cost credit. These are often short term loans that carry painfully high interest rates – as high as 292% per annum. Even though the Financial Conduct Authority has capped short-term credit interest at 0.8% per day (292% per year) this can still generate significant sums, especially if borrowing is extended. As a result, there are still a lot of people struggling with high cost credit and the government – under pressure from MPs and charities, in particular – has committed to looking into the options for doing something about it. Given that the high cost credit industry has expanded significantly under this government’s leadership, many hope it won’t be too little too late.

The UK’s high cost credit industry – cause for concern

The high cost credit industry in the UK is already somewhat in disarray with the recent collapse of payday loans giant Wonga. This year the Bank of England indicated serious concern with respect to the rate of increase in borrowing on credit cards and via personal loans and car loans. On average, UK households spent £900 more than they were earning last year. This is notable because it’s the first time that spending figures have surpassed income figures since the 1980s when credit cards first took off.

Who will be affected if zero-interest loans are created?

Those on low incomes struggling with high levels of debt will feel the positive benefits. Although the exact criteria have not yet been established it’s assumed there will be an income threshold and that proof of financial difficulties will be required to be able to borrow. Payday loans lenders or credit card providers charging unreasonable rates could lose business if the loans are introduced and loan sharks, in particular, are being targeted.

Is it likely to be successful?

A similar scheme was pioneered in Australia by Good Shepard Microfinance. Interest free loans of up to $1,500 were offered to people struggling with debt issues and financial problems. 27,000 people took up the zero-interest loans in Australia in 2017. Borrowers were given 12 – 18 months to repay the loans and no interest was charged. The results of the scheme in Australia indicated that it was successful, particularly as four out of five people were able to stop applying for payday loans as a result.

What else is the government doing?

Labour’s 2017 election manifesto included proposals for ‘breathing space’ for people with debt issues – and this also made an appearance in the Chancellor’s 2018 Budget. Breathing space is designed to give anyone with debt problems some respite from legal action by creditors. The government has not yet gone so far as to introduce an interest rate cap on all forms of borrowing, not just payday loans. This is something that has been suggested by MP Stella Creasy who said, “Waiting for people to get into problems when we know what prevents them is not only cruel, it’s much more costly for all concerned.” A cap is supported by debt charities and other organisations that help people who are in financial difficulties.

The study into whether a zero-interest loans scheme is feasible for the UK is going to be launched in 2019. This will establish whether or not there should be a pilot scheme. Many personal finance experts have pointed out that action needs to be taken sooner than this and that a pilot should really be up and running by next year. Millions of people in the UK are already struggling with debt and this is likely to be exacerbated by spending over the Christmas period.

In terms of the economy, the implications of the expansion in high cost borrowing could be severe if large numbers of borrowers become unable to make repayments. For anyone currently in financial difficulties, if these proposals are put into place, then the zero-interest loan could be a lifeline.