How would a debt “breathing space” work?

There has been much talk in the media about how debt and repayments differ in the way that they are handled between Scotland and the rest of the United Kingdom.

In Scotland, debtors are legally protected when they get into difficulty and enter into debt payment programmes. In these, a court assesses what a debtor can afford to repay over an agreed timescale and then freezes interest, penalties and other administration charges. There are also restrictions on the way that creditors can contact customers who are in this position.

In England and Wales, however, there is nothing in law to stop a creditor from refusing to give a debtor breathing space, meaning that interest charges and penalties can continue to rack up, potentially putting the customer into very severe financial difficulties. The lack of rules over debt breathing spaces has led many people to claim that the situation harms both customers and financial organisations because it means that those who are in debt do not have any incentive to seek help before they get into serious trouble.

Under the present arrangements, even where a  formal Debt Management Plan (DMP) is in place, there is nothing to compel creditors to accept the offers made or freeze interest and charges. There is no protection against any creditor who is in a DMP from undermining its effectiveness by taking further action, usually by issuing a claim in the county court. This protection is only available if people enter into a formal debt or insolvency procedure, such as an Individual Voluntary Arrangement (IVA), administration order, a debt relief order, or bankruptcy. 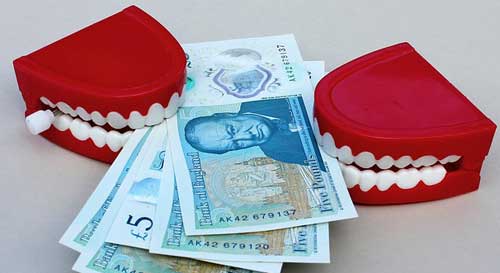 So, what’s being done about it?

At the moment, not a lot. But there is increasing pressure on the Government to implement a new debt support programme for England and Wales which mirrors the Scottish model. The Financial Inclusion Commission is lobbying Westminster to set up debt arrangements along the lines of those in place north of the border as part of a wider set of measures to protect people who are seriously in debt and those who are serious about tackling their financial problems.

The commission wants the Government to introduce measures which will give those in debt legal protection from their creditors so long as they make serious and concerted efforts to get their debt problems under control and show determination to start making repayments.

The commission wants this protection written into formal debt repayment programmes. These are legally binding agreements between debtors, creditors and debt arrangement scheme advisers and put repayment of debts onto sustainable footings.

Changes to legislation relating to debt could take years to be implemented, so what can you do in the meantime? We’ve written a guide to managing your debt which we hope will help you address any stressful debt issues you may currently be suffering.

Tackling the negative effects of debt

With an estimated 9 million people in the UK facing significant problems with debt – amounting to a total of £1.4 trillion – there is mounting concern about the effect that debt is having on families and society.

That’s why the so-called ‘breathing space’ measure is one of a raft of proposals being put forward by the Financial Inclusion Commission. The breathing space would mean that a debtor would be protected from interest, penalties and further action by his or her creditors for a period from six weeks to one year.

The other proposals include: