Wonga’s demise – an update on developments

We recently covered the news that Wonga was being gradually wound up after a series of declared losses. Today, the payday loans lender is still in some fairly serious trouble but may have a saviour in the most unlikely of forms. In what must be a fairly unusual move, the Church of England has considered stepping in to buy Wonga’s debt book in order to stop this from falling into the wrong hands. The idea is to prevent more borrowers being further exploited by what MP Frank Field called “another loan shark.” So, how might Wonga’s transition to the side of the angels actually work? 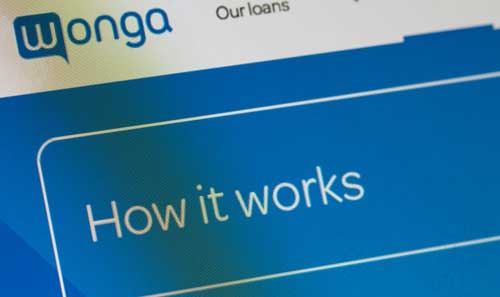 Selling Wonga on at a “knock down rate”

Wonga’s £400m loan book is ripe for exploitation as a result of the desperate state of the company. Many – such as MP Frank Field – have suggested that this could well result in it being sold off at a knock down rate to another lender looking to squeeze cash from it. For those who currently owe Wonga money that could leave the door open to exploitation. It’s this exploitation that Frank Field is trying to avoid by appealing to the Church of England to buy the Wonga loans book and protect the 200,000 lenders that would be affected. The Church is uncertain about whether it is best placed to become involved.

Why should The Church step in?

Effectively, if the Wonga loan book is sold on at a discount to another lender it could leave current borrowers in a difficult position. A new lender could (and very likely would) raise the interest rates that are applied to existing loans, which would make these loans even more unaffordable. The Church of England has an £8.3bn investment fund (something that may come as a surprise to many…). Given the resources at its disposal, is there any way that this could be used to help “liberate” the poor, as Frank Field put it? According to a representative of the Church of England, it is meeting soon to discuss its options in terms of a response. As the Church of England was recently revealed to have shares in Amazon – which it is refusing to give up despite Archbishop Welby previously saying Amazon was “leeching off the taxpayer” – many are hoping it will bail out Wonga, if only to silence those who have been critical of where the church spends its cash.

What does the short-term borrowing market look like now?

Although Wonga has gone as a borrowing option for consumers there are still many other lenders out there who are willing to supply short-term credit. However, a huge increase in claims against payday lenders – driven by claims management companies – could change the landscape of this financial market for good. It was the volume of claims against Wonga that eventually brought the firm down and a wide range of other short-term credit lenders could share the same fate. If the majority of these lenders didn’t survive the tsunami of claims heading this way, what would the market look like?

The Wonga story continues to unfold and many are waiting to see how this is going to affect the market as a whole – the rest of this year could be critical for Wonga borrowers.