It is easy to be critical of the short-term loan providers, especially given the high-profile mistakes they have made in recent years. Certainly there was highly misleading advertising and dubious, unregulated practices by some companies within the industry that came to light back in 2013. And these will not be quickly forgotten even though the market is now highly regulated and closely monitored.

But did you know that over 1 million people in the UK alone would not pass the credit checks required to open a regular current account at a high street bank – that’s one million people who won’t have access to the normal banking facilities that the majority take for granted, let alone access to any form of mainstream credit. By any standards that is a huge minority – so to be critical of the short term loan market fails to recognise the needs of those million people here in the UK. Just like anyone else they have emergency situations that they cannot cover with cash and where many people would simply reach for their credit card, this simply isn’t an option for others.

Back in 2013 a report from the now closed Office of Fair Trading (OFT) revealed evidence of irresponsible lending and threatening practices, which led to an investigation of well-known companies such as Wonga, amongst others. Along with 50 other payday lenders at the time they were referred to the Competition Commission for a full-scale inquiry. The result being that nearly 50% of the short term lenders that were investigated decided to close down their businesses. 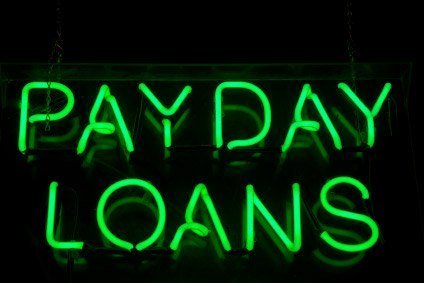 The following year the Financial Conduct Authority (FCA) introduced new regulations and began supervising the payday loans market in a way which gave them powers to tackle any lender that did not comply with the new regulations.

One of the changes implemented by the FCA was to force payday lenders to provide financial health warnings via emails, texts and online and also show people where to get free advice about their debt.

A cap on charges was also introduced so that interest and fees on new loans, including those rolled over, cannot exceed 0.8% per day of the amount borrowed.

A result of the new regulations and supervision by the FCA was that Wonga had to pay £2.6 million in compensation because they had chased struggling borrowers with fake legal letters.

Short-term loan provider CFO Lending, which trades under various different names, has since paid more than £34 million to nearly 100,000 customers because the FCA found it had also acted unfairly. Almost all of that sum was used to write off existing debt for its customers, but some was in the form of a cash refund.

Payday lenders now have to include risk warnings in their advertising, are not allowed to roll over loans more than twice and can only twice try and recoup money owed via a continuous (recurring) payment authority.

So up until 2013 there was much to criticise in the short term loan market. However, fortunately for borrowers, instant payday loans and other short term lending is now well-regulated by the FCA. Short term lenders have to follow the same advertising and marketing laws and regulations as all other personal finance providers and the industry’s advertising is now properly monitored. Adverts that are misleading can be banned but, in fact, the Advertising Standards Authority’s (ASA) own data indicate that short term loan advertising rarely breaches the law in this new age of regulation and control.

The Consumer Finance Association (CFA), the principal trade body representing the interests of major short-term lenders in the UK, has made a commitment to marketing their products responsibly by voluntarily agreeing to a series of guidelines that address areas of potential concern relating specifically to loan products.

From a low point in 2013 much of the short term loan industry is now well-regulated and committed to responsible advertising and consumer protection although there is still room for improvement within the behaviour and practices of some lenders and their products.

Although public perception may be slow to appreciate just how much the industry has improved in recent years, alternative loans continue to be a necessity for a large number of people with a poor credit history or no credit history at all who do not have easy access to mainstream credit facilities. An estimated two million people in the UK use short-term loans, according to the Public Accounts Committee (PAC) so it is clearly not just those unable to obtain a bank account.

The typical person who might need to use a short-term loan will need just a few hundred pounds for a short time to cover an unexpected expense or emergency until they next get paid – expenses that everyone might incur from time-to-time such as a car repair bill, a faulty boiler in the depths of winter or a broken washing machine. Typical borrowers are usually young, unmarried men living in a rented home and who are employed – earning in excess of £1,000 per month.

Sometimes the borrower will provide a post-dated cheque to the lender to cover the repayment of the borrowed amount plus the agreed interest. Sometimes they will enter into a continuous payment agreement that will allow the lender to retrieve the sums owed directly from their bank account. Other types of short term loan involve a company representative visiting the borrowers home to take payment.

Short-term loans can be perceived by the people who use them as an alternative to unauthorised bank overdrafts, always assuming the borrower has a bank account. It is thought that they have become a more common source of lending because of the strict lending criteria imposed by mainstream banks since the most recent global recession and economic slump.

Although short term loans are expensive when viewed solely from the perspective of the interest rate, most borrowers are more concerned with the actual cash cost of repaying the loan and the ease and convenience of obtaining one.

Very few people ever take out a loan if they think they can’t repay it – short term borrowers will consider the cash cost of the interest as a manageable amount to be repaid within a short period of time. The problem starts to arise when a borrower cannot make the repayment because of an unexpected event such as losing their job.

Although there has been controversy in the past surrounding short term loans it has also been recognised by government that such lending provides a useful service that continues to fill a gap in the market. These legal, regulated companies are a better alternative to borrowing from illegal loan sharks for those with no alternative, which would not be in consumers’ best interests.

What Exactly is a Short Term Loan?

As with any financial product there is a whole host of different types of short-term and unsecured loans from an array of specialist lenders. Different loan types are suitable for different personal circumstances. The following are the most common type of short term, unsecured loan:

Doorstep Loans – These are cash loans that are repaid in cash instalments every week to a representative of the loan provider who calls at the borrower’s home. Potential borrowers also have their personal circumstances assessed face-to-face in their home to determine whether they can afford the repayments. These are provided by a number of lenders but a specific type of doorstep loan is a Provident Loan. They are generally for amounts of anything from £100 to £2,500 and are most useful for those on low incomes or with a poor credit history as they do not require a credit check to be approved. Neither do they require the borrower to be a home owner.

Payday Loans – These loans can be arranged through a high street lender or through an online broker or lender. The borrowed amount plus the interest is usually repayable as one lump sum once the borrower has received their salary. The repayment can either be made by visiting a local branch of the lender or, alternatively, it can be taken automatically out of the borrower’s bank account via a continuous payment authority.

Online Loans – As the internet has grown at a rapid rate so has the availability of online loans where the loan application and the approval process is all completed online. There is no need to visit a high street lender or allow a lender’s representative or agent into your home. The whole process is handled online instead. These loans typically have a maximum period of 1 year and repayments are made monthly. Different types of these loans exist and are suitable for a range of personal circumstances for people who could not easily secure a loan from a traditional lender. For instance, they can enable borrowing for the unemployed, for those with a bad credit record and for those who live in rented accommodation. Another advantage is that the decision process is normally very quick and the cash can be deposited in the borrower’s bank account almost instantly.

Instead of demonising the short term finance market and its lenders, as a society we should recognise the need for such financing but seek to ensure it protects the unwary or vulnerable. Perhaps we should look more closely at the reasons why so many people are excluded from mainstream personal finance such as the reluctance of the high street banks to lend to anyone without a perfect credit score.

And also we should better educate young people in schools about good financial habits from an early age so that the next generation can become more responsible borrowers just as lenders are becoming more responsible.

Getting Help and Advice

For anyone worried about making, or already struggling to make, their repayments on any type of loan there is plenty of free, impartial help available and we have listed the main sources of help below. Many of these organisations, such as Citizen’s Advice, will have a local office where you can meet a debt adviser face to face. They are all not-for-profit organisations and their services are both free and confidential. With any debt, whether it is a short-term loan, a credit card or even a mortgage, the quicker you admit you have a problem and seek advice the quicker a solution can be found, which will cost you less in the long run.

For free, unbiased and easy-to-access money tools, information and advice, visit www.moneyadviceservice.org.uk or phone 0300 500 5000 to speak to a Money Adviser 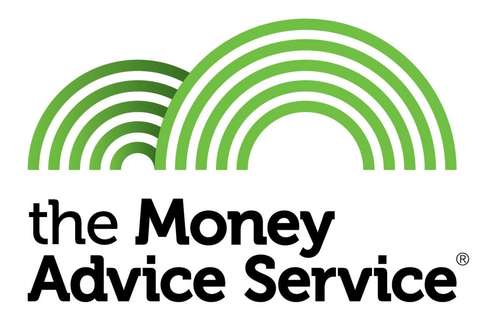 If you live in Scotland, phone 0141 572 0237 or visit www.moneyadvicescotland.org.uk to find contact details for debt advice in your local area

If you live in Northern Ireland, phone 0800 917 4607, email [email protected] or visit their website for debt advice

For advice and information on debt and other topics, visit your local Citizens Advice Bureau (address in the phone book) or go to www.citizensadvice.org.uk

If you live in England, Wales or Scotland phone 0808 808 4000 or visit www.nationaldebtline.org for debt advice and information