Figures from the Money Advice Service in 2016 found that more than 8 million Britons have ‘problem debt’. This is just one of the numerous money problems that keep many of us awake at night. Issues with money cover a whole wide range of areas. From not having enough in the bank for a rainy day, to being unable to repay what has been borrowed, few of us has escaped with our finances constantly in the pink. 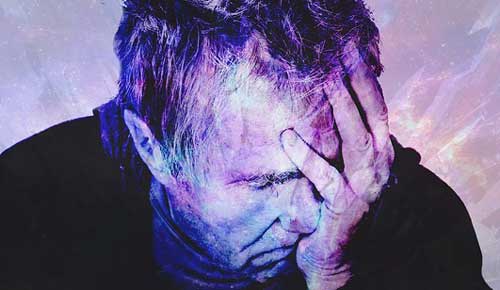 As we start a new year, what are the top 5 money problems likely faced by Britons in 2017?

A survey in December 2016 found that more than a quarter of families in Briton were planning to borrow to pay for Christmas. With the average cost of Christmas coming in at £700 – £800 for a household, it’s easy to see how we get into trouble. The temptation to borrow and put off thinking about it until the new year is too great when there are gifts to get and turkey to buy. However, that means that for a lot of people January can be a really difficult month. Borrowing to help fund Christmas is fine as long as the repayments are manageable. However, for many that’s just not the case. That’s why the Christmas Hangover tends to be one of the biggest money issues at this time of year.

Not having any Savings

Statistics from the Money Advice Service last year found that 17 million people in the UK have less than £100 set aside in savings. This means that, for a large proportion of the population, there is no buffer against unexpected costs or bills. The same survey found that in Northern Ireland, Wales, the West Midlands, the North East of England and Yorkshire and the Humber more than half of working age people didn’t have more than £100 for a rainy day. As nearly 75% of people have to deal with at least one unforeseen expense every year this leaves vast numbers of us without any financial backup. This can create instant money issues from even a small setback.

Not being able to Borrow

Loans and debt are part of life for Britons. From applying for a mortgage to buy a home, to borrowing to cover a short term shortfall in cash, we have all turned to debt at some point. Debt can be very useful too, overcoming a lack of savings and enabling us to invest in bigger things. However, for some people not being able to borrow is a big problem. If you’ve had money problems in the past, or you have a low credit score, your ability to borrow will be diminished. Not having access to credit cards, personal loans and a mortgage can make life quite difficult. As a result, a lack of borrowing capacity counts as one of the biggest money problems we face.

2016 saw a promised changed to the law that will ensure that tenants don’t have to pay letting agent expenses. However, this has still to come in to force and, in the meantime, the cost of setting up a rental contract can empty a savings account. Not only that but rents in the UK have increased hugely over the past five years. In April 2016 the average cost of renting outside London had risen 5.1% in just one year. For those renting in London the increase was 7.7% according to referencing firm HomeLet. As fewer people are able to get onto the housing ladder now than ever before renting is the only option for many of us. However, it is becoming increasingly unaffordable, making it one of the biggest financial headaches for Brits.

No financial plan for Retirement

Around one in seven retirees have no personal pension savings plan, according to Prudential. Most of us also have a completely unrealistic idea of how much we’re likely to get from what we have actually saved. During a working life this doesn’t present much of an issue for most of us. However, after the age of 65 this can be a real financial problem. It’s never too late to start saving for your pensionable years but worth bearing in mind that starting early is key. A 20 year old, for example, can save double that of someone who starts a pension at 40. Given the drop in state aid and the diminishing of the state pension, not having a financial plan for retirement is currently one of the biggest money issues many of us face.