The credit industry is evolving fast in the UK. Applying for a personal loan via a website, or going into a high street bank, are no longer the only options. As social media messenger and chat services are increasingly used by businesses looking to engage more with customers so too are they being employed as a communication channel through which to offer credit. However, there are some significant risks involved in getting credit through social media ads or chats – and often the way that people are approached to apply can be very misleading. 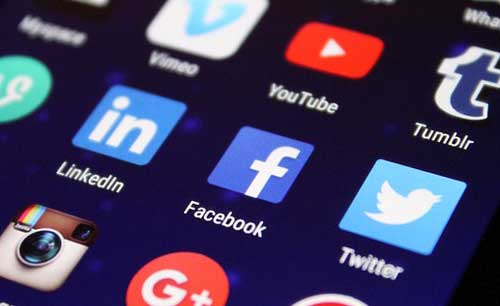 The big problem is the way that credit is being offered through social media or chats, mainly because it’s just not clear when an advert is an advert. Often the “ad” may be very conversational and simply look like another user talking about a great loan product that they have used. Although many of these chats feature the hashtag #ad a lot don’t and there are clearly some issues in terms of whether users reading the “chat” appreciate the significance of #ad (i.e. it’s not a genuine user conversation). This more casual approach to promoting credit is also leading to lines being crossed in terms of whether enough information is supplied to consumers and whether borrowers are being encouraged to make unaffordable choices. There is some very clear guidance on this, including:

Perhaps the biggest problem with this approach to advertising credit is that it doesn’t make clear who the user behind the posts really is. Social media has become a key resource for consumers making product choices today and messenger and chat apps are often where individuals go for advice and recommendations. We are increasingly relying heavily on peer review and that is what this type of advertising is designed to take advantage of. This means that those who are influenced by it may be making a decision to apply based on what they think are positive reviews from other borrowers. However, in reality, they are being manipulated into trusting a particular lender as a result of what is effectively paid for advertising posing as a genuine conversation.

One lender has come under scrutiny for this kind of practice recently using Facebook posts promoting its loans via ads that have been cleverly disguised as genuine conversations:

On the face of it, apart from the hashtags the conversation just looks like a helpful exchange between two Facebook users. However, the reality is that it’s a brand cleverly promoting its loans without being particularly up front about who is doing the posting. This clearly raises issues in terms of the guidance provided by the FCA and the ASA. It also means that anyone who is influenced by this on social media isn’t entering into a borrowing arrangement with all the facts. Plus, it could open up users to “recommended”fraudulent scammers and lenders with sky high rates and less than ethical lending practices.

Social media sites such as Facebook have indicated that they are keen to wipe out these practices but for now it’s up to users to be vigilant. If you want to avoid the risks associated with this type of borrowing it’s always better to opt for an online broker or high street lender that is FCA regulated and more transparent about its products, services and advertising.