Why loan sharks just aren’t worth the risk

There are times in life when you need to borrow money. That’s a reality for almost all of us. From mortgages, to car loans, covering unexpected payments or paying for something special, borrowing is a normal part of modern life. A huge industry has sprung up around lending, meaning that there are lots of ways to borrow what you need. However, not every loan being offered is safe – we’re talking about loan sharks. 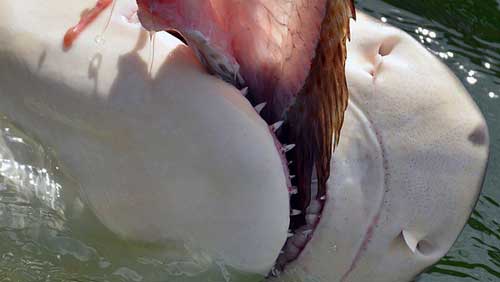 Many of us will recognise unauthorised money lenders better as ‘loan sharks.’ Essentially, this is someone offering to loan you money who isn’t authorised by the Financial Conduct Authority (FCA). Sometimes, borrowing like this can seem like a good idea. Inevitably there are less approval processes, the money is available quickly and often in cash. However, as many people have no found to their cost, unauthorised money lenders have a very dark side that could end up costing you thousands.

The impact of loan sharks

Sometimes, the stories that we hear about loan sharks seem too fantastical to be believed. However, sadly they are all too true. Because loan sharks aren’t regulated by the FCA they have complete freedom to behave as they want to, and that includes threatening behaviour and overcharging on interest. The negative impact can be widely felt.

Debt that escalates uncontrollably. Reports in the news recently identified a 42 year old jobless ex-RAF serviceman who had borrowed just £20. Now, he owes the unauthorised money lenders around £7,000, having been sucked into a spiral of borrowing more and more.

Constant hounding. Loan sharks don’t keep business hours, they hound borrowers for money at all hours of the day or night. Often this can get violent – in 2014 The Guardian reported that 60 loan shark borrowers had been placed in witness protection for their own safety. This kind of intimidation is just not something that regulated lenders are allowed to do.

Loan sharks don’t respect arrangements. Stories of issues with loan sharks not keeping promises are all too common. ‘Mary’ was profiled in The Independent as a victim of a loan shark. She had borrowed £200 and been told she could start repaying a week later. Just three days after she borrowed the money the lender turned up on her doorstep demanding repayment. When Mary couldn’t repay she was bullied into taking out another loan to repay the first, ending up owing even more.

The FCA is cracking down on loan sharks

In January of this year it was reported that the FCA had taken its first criminal action against an individual acting as unlicensed consumer credit lender. As it is estimated that Brits owe around £700million a year to unregulated money lenders the FCA has recognised that it’s time to take action. So, from here on in, it should be much harder for unauthorised lenders to even carry out their business. However, they are still out there – and for many people they may seem like a good idea at the time. If you’re looking to borrow money then there are some very good reasons why it’s worth using a broker or lender that is authorised by the FCA.

Borrowing from a loan shark might seem like a good idea at the time but that’s rarely the case. There’s such a range of FCA authorised lenders and brokers to choose from now that you can get the loan you want, at the speed you want it, without taking the risk. We work with numerous, properly regulated lenders if you need a quick loan.

If you are in need of credit simply try our Find Loan tool to help point you in the right direction.