Quick safe ways to borrow over the short term

If you need a safe way to get a quick loan then there are number of alternatives available to you. We have written about payday loans and doorstep loans in our blog on a number of occasions in the past few months. The other methods that spring to mind include: 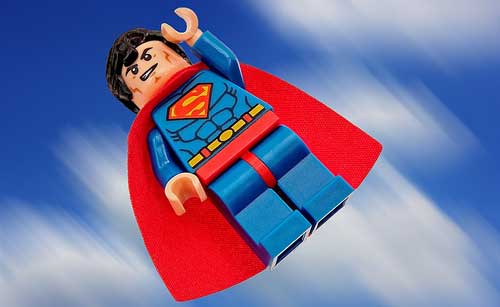 If you need to borrow a smaller amount – less than £7,500, for example – then it may be cheaper to use a credit card with an interest-free introductory period on purchases.

The best option in this area is Tesco’s Clubcard credit card which gives you 0 per cent interest for a period of 16 months. You’ll also get double or even treble Tesco Clubcard points when you use it for purchases within the store. Purchases at some other stores will also earn you points.

As well as interest-free purchases, the Tesco card also offers 0 per cent on balance transfers for a period of nine months although you will have to pay a 2.9 per cent fee on the balance of any transfers.

For those who already have balances on their existing credit cards, it’s worth taking advantage of some of the better rates offered on balance transfer cards. The best of these is currently the Barclaycard Platinum card which offers 0 per cent on balance transfers for a period of two years. It also has a low balance transfer fee of 2.8 per cent.

The Barclaycard will also give you three months of interest-free credit on purchases.

Once both introductory periods end, you’ll be charged a variable interest rate of 17.9 per cent APR.

For those with smaller needs, then you might be able to find a decent interest rate on an overdraft with your bank.

The cheapest is currently First Direct which is offering an arranged overdraft of up to £250 with no interest charged at all. If you go over this, you’ll only be charged 15.9 per cent.

The Co-operative Bank is also offering a £200 interest-free overdraft with an interest rate of 18.9 per cent once you go over this.

If you’re struggling to get a loan or credit card because you have an impaired credit rating, then there is still plenty of wriggle room. Many providers have recently cut the cost of borrowing for people with low credit scores on both secured and unsecured loans . That said, those who have had financial problems in the past are still going to find that they have to pay higher interest charges than those with excellent credit records.

If you have a below-average or even bad credit rating and own your own home, then the cheapest way to borrow will often be with a homeowner or secured loan. Solution Loans currently has access to homeowner loans with rates as low as 5.8 per cent APR (typical rate 11.8 per cent) for people borrowing between £5,000 and £250,000.

Those with bad credit who are in rented or social accommodation could consider a guarantor loan where a third party agrees to secure your borrowing in the event that you fail to keep up with repayments. Solution Loans,working with its lenders, is currently promoting guarantor loans of between £1000 and £12,000 with a representative APR of 44.9 per cent.

The interest rates charged for new loans are at record lows following Britain’s decision to leave the European Union. As a result, financial organisations have spent the last couple of months trying to undercut each other with very low APRs. As a result, the average cost of an unsecured personal loan is at its lowest in modern history at 7 per cent for those looking to borrow between £7,500 and £15,000.

Sainsbury’s attractively low rate is only available if you take the loan out over between one and three years. Those who want longer to repay will be charged 0.1 per cent extra in interest each year.