The current trends of the UK property market

The UK property market is very much a mixed bag right now. Recent data from the Royal Institution of Chartered Surveyors (RICS) seems to show that estate agents currently have some of the lowest expectations at any time in the past decade. On the other hand, a slowing in price growth has meant that buyers have been able to find bargains and more people have gotten a foot on the first rung of the property ladder. Much of the uncertainty that currently exists is stemming from Brexit and the impact it may – or may not – have on UK property. Some experts predict significant falls in prices; others say the impact will be small. Either way, we are seeing some fairly solid trends that are worth keeping an eye on. 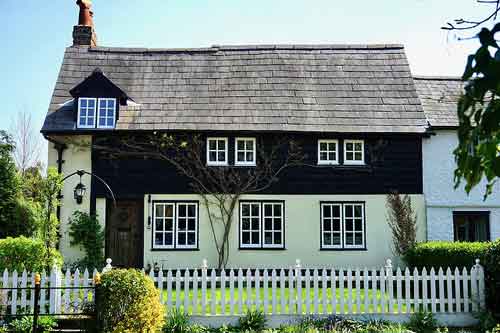 It’s cheaper to buy than it was a year ago

This is the case if you’re looking to buy a flat or maisonette, according to the Office for National Statistics. Over the course of 2018, apartment prices dropped by 0.4%. Official data shows that the cost of buying a flat at the end of last year was £226,247, which was more than £800 less than the year before. There could be many reasons for this price drop, including hesitancy over Brexit and what leaving the EU could do in terms of interest rates. There has also been a significant slowdown in landlord purchases of properties as fewer investors buy apartments to rent out. This reduction in activity comes in the wake of cutbacks in terms of tax allowances for landlords, as well as new stamp duty charges.

First-time buyers are older than they used to be

First-time buyers in the 1960s were an average of 23 years old – today most are in their mid-30s. A deposit of around £12,000 (today’s money) could have purchased a first home 50 years ago. Today most first-time buyers need at least £20,000. The current trend for older first-time buyers means many of the more recent developments are designed around properties that are aimed at this older market. This is why we have seen a surge in popularity of small houses, as well as flats and maisonettes.

According to the most recent statistics, house price growth in the UK is the slowest it has been since 2013. In December last year, house prices rose by 2.5%, which was a drop of 0.2% on the month before. London and the south-east have been the areas where this price drop has been felt the most. However, there is evidence to suggest that the trend for small – or negative – growth is spreading into other areas of the UK. For example, prices in the northeast increased by 1.7% in November 2018 but, by December, had fallen by 1%.

A survey by RICS found that estate agents and surveyors are not positive about sales volumes in the near future – this was a trend right across the industry. The volume of transactions anticipated by those surveyed dropped to -25, which is the worst figure since 2017. However, for the next three months sales expectations have fallen to -32% – that’s the lowest figure since the survey first began in 1999.

Everyone is putting their plans on hold

Perhaps unsurprisingly, the trend for both buyers and sellers in UK property is simply to cease any activity at all. With Brexit now on the horizon, hesitancy over the impact that this could have on property values has seen activity come to a grinding halt. However, many experts have said that – especially for buyers – this doesn’t necessarily need to be the case. Particularly for those who are looking to remain in a property in the long term now could be as good a time to buy as any other, as long as the price is right. The market would most likely bounce back fairly robustly from a Brexit-related price crash and so buyers planning to stay for more than a year or so don’t have that much to fear.

These are some of the key trends in UK property right now. The most obvious and dominant theme is one of hesitancy. As no one really knows what the effect of the next few months will be most people are taking a “wait and see” approach, which is reinforcing general sense of stagnation.