Update on the leaseshold property scandal

The world of leasehold property has been a hot topic this year. For the first time many people have begun to question the logic behind paying for a property over which someone else still retains a measure of control. This has come into sharp focus with the leasehold scandal, which illustrated just how costly it can be for homeowners to buy a property that is ‘leased.’ Now, though, there is some light at the end of the tunnel with potential government intervention in this rather shady part of the property world. 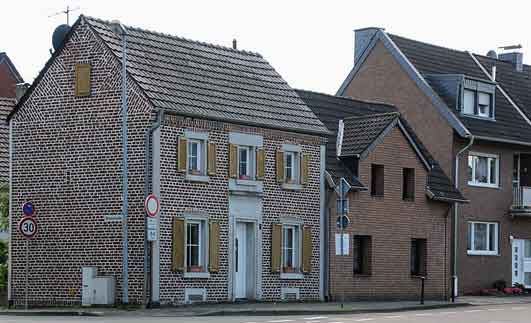 The problem with leasehold

Most properties in the UK are available either ‘freehold’ or ‘leasehold.’ A freehold property purchase transfers entire ownership to the buyer, now and forever, as long as any mortgage payments are kept up. A leasehold property is sold on the basis of a long lease – for example 150 years – and when that lease expires ownership of the property reverts back to the freeholder. Most flats in the UK are sold on the basis of leasehold and many newly developed properties are also offered as leasehold.

Leasehold property is a form of ownership designed to be less costly. For example, if you own your property freehold then you’re responsible for everything in it, from the entire building, to the land it stands on. If you’re a leaseholder then it’s often the freeholder who has responsibility for common areas or the outside building itself, which means that they also have to cover the cost of maintenance and repairs. In theory, being a leaseholder should be less costly.

However, the leasehold property scandal has exposed how profits are being made in a way never intended from leasehold property. A large number of freeholds, particularly those attached to new developments, have ended up being sold on to third party investment companies who hike up the price of the freehold to any leasehold owners looking to purchase it. Many leaseholders have also found themselves trapped with a ‘ground rent’ (the annual fee payable from leaseholder to freeholder) that doubles or triples every year. Not only does this leave homeowners with huge costs to pay – increasing year on year – but it also makes many of the homes affected very unattractive to potential buyers.

Government action – communities secretary, Sajid Javid, outlined over the summer that the government was planning to ban leasehold properties altogether. He also made clear that there were potential plans to reduce ground rents to as low as zero in the future, given the huge amount of protest there has been over the way this part of the leasehold contract has been exploited.

Industry action – a major UK developer (Countryside Properties) has agreed to buy back some freeholds it had sold on to ground rent company E&J Estates and to release a number of homeowners from ground rent clauses that double every 10 years. In August this year, E&J Estates wrote to a number of homeowners and apologised for the distress caused by the situation. It also stated that a number of the leaseholds had been sold back to the original developer, Countryside Properties.

Will it make a difference?

The acknowledgement of the issues caused by selling on the leaseholds – and by the exploitative ground rent clauses – is a step in the right direction. The actions taken by Countryside Properties will put pressure on other developers to do the same and could – with added government influence – start things moving in the right direction. However, right now it’s just one developer. And the move doesn’t apply to all the developer’s leasehold properties. For example, Countryside Properties leaseholds where ground rents double every 15 years – as opposed to 10 – are not included and neither are those where the freehold was sold on to a different third party that is not E&J Estates. That still leaves a very large number of people in a very difficult position.

What about those already affected?

The government’s plans to ban leasehold and reduce ground rents don’t help those who are already stuck with an out of reach freehold or a spiralling ground rent. And the consequences of being in that position can be harsh. One Guardian reader, for example, wrote in to the newspaper about his ground rent, which – in 2004 – had been set at £250 a year. As a result of the doubling provisions in his lease agreement, in another decade that ground rent will be £128,000 a year. His request to buy the freehold was met with a quote of £100,000+.

The solution for homeowners may not come easily. Many claim doubling ground rent clauses weren’t brought to their attention by their solicitors – which could potentially encourage affected buyers to look for damages from their legal advisers. Housebuilders are also affected – seeking compensation from developers, claiming that because of these clauses their properties have now become almost completely unsaleable. So, the entire industry is somewhat in disarray and – until more concrete steps are taken to deal with the exploitative loopholes of the leasehold – is likely to remain so for the foreseeable future.