The dangers of buying a leasehold house

When you’re searching for a new home, you pretty much always know how much you’ll have to spend on it because the first thing you’ll be looking at is the asking price. But thousands of people across England and Wales have fallen foul of something that’s being called ‘the leasehold trap’ and have discovered that buying the freehold on their home could run into many thousands of pounds.

As has been widely reported one such person was Katie Kendrick who bought a new home in Ellesmere Port, Cheshire, for £214,000 in 2014. She was well aware that the house was leasehold which meant that she owned it for 150 years (the length of the lease agreement). But she says that she was told by the agent selling it that she would be able to buy the freehold within a couple of years for somewhere between £2,000 and £4,000. 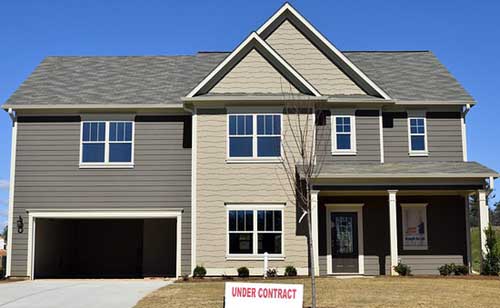 However, just 18 months later she received a letter from the house builder saying that it had sold the freehold to an investment fund which was now willing to sell it to her for £13,300. Miss Kendrick told the BBC: “At the moment I feel completely blind and in a corner and don’t know which way to turn. There’s legal action but that is very costly.”

What’s the difference between leasehold and freehold?

Most houses in the UK are freehold but many are leasehold, particularly those in shared-ownership schemes. While a freeholder owns a house in perpetuity (assuming that they satisfy their mortgage in full), a leaseholder only owns a home for a particular period before it reverts to the freeholder.

Leaseholders also have to pay ground rent to their freeholders as well as other service fees. They may also have to make extra payments if they want to make changes to their home. At the end of a lease, the ownership goes back to the freeholder unless the leaseholder is able to negotiate an extension.

Not an unusual case

The case of Miss Kendrick and her home is not unusual. A BBC investigation found that many developers of new houses are selling these as leaseholds and then selling on the freeholds to third parties – usually investment funds – without informing the families who bought the leases. The practice is perfectly legal because it applies to houses – with flats, a leaseholder has the right of first refusal on the purchase of a freehold before it can be offered to anybody else.

The practice is lucrative for investment funds where buying up groups of freehold houses is a safe investment over the longer term: they receive ground rents over the entire length of the leasehold which are used to fund other investment vehicles like pensions. One campaign group – Leasehold Knowledge Partnership – has estimated that selling on batches of freeholds to investment companies could be worth £500 million a year.

Campaigners believe that some developers are being less than clear with potential leasehold buyers. In many cases, it isn’t made obvious that the developer retains the right to sell the freehold on to a third party. Miss Kendrick told the BBC that the solicitor she used to buy her home who was recommended by the developer did not point out to her that the freehold might be sold on to another company.

The company which now manages the freehold of Miss Kendrick’s property on behalf of the investment fund said that it can usually informally “negotiate a price which can often save both time and some of the professional fees”.

It added: “In the rare event we cannot agree, the leaseholder still retains the right to turn to the statutory process, which will establish the price as well as the legal fees they have to pay.”

Campaigners are warning that thousands of other householders might find themselves in a similar position. They cite other cases including one where a woman bought a house on the same estate as Miss Kendrick and was offered the freehold for £2,600 at the time. She turned the offer down because of personal circumstances but was in a different position two years later. By then, when she inquired about the price of the freehold, she was told that it had risen to £32,000.