Top 10 cheapest places in the UK to live

Do you like where you live? What would you change about your current hometown if you could alter one thing? For many people, the biggest discomfort factor right now is affordability – or lack of it. Rising house prices, transport costs and the expenses involved in trying to have a social life can all impact on budgets. If the idea of upping sticks and moving to the place where your day-to-day costs would be as low as possible appeals, here are the top 10 options: 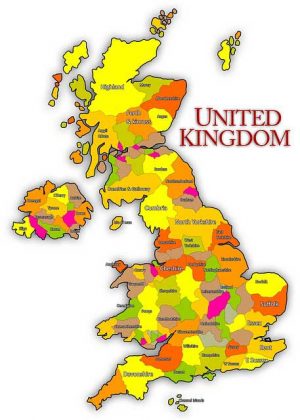 Copeland is one of the six districts of Cumbria, which is one of the UK’s most outstanding areas of natural beauty. It’s also one of the most affordable parts of the country with the average property price being £114,011, a figure that has shifted only minimally in 12 months. House prices here are three times the annual average salary of £37,000 – £39,000. That may sound a lot but compare it to Kensington & Chelsea where the average house price is 46 times the average annual salary. Copeland also rates as one of the happiest places in the UK to live based on the Life Satisfaction Index from the Office of National Statistics.

Recently named one of the most affordable cities in the UK, Stirling is good value on every front. Average house prices here are £132,734, just 3.3 times local earnings. Average city centre rents are around £450 a month and monthly travel costs just £30. It’s worth noting that energy costs can be a little higher than elsewhere in the country. As well as the affordability factor, Stirling has a vast cultural heritage for those with an interest, from Stirling Castle to the Wallace Monument.

When it comes to affordability, Burnley sits squarely in the Top 10 best places to live with house prices here at an average of £75,455. In fact, Burnley regularly tops the lists of the cheapest property locations in the UK. It’s also just a short commute from Manchester and ranks at the top of the Totallymoney.com survey of the best places in the UK to make a living (based on cost of living, salaries and local jobs market).

With an average house price of £94,907, Merthyr Tydfil is a very affordable British location. Here you can buy a 3-bedroom terraced house for just £86,950 and Cardiff is virtually on the doorstep, via rail or road. Rents for a 2-bedroom cottage can be as low as £400 a month and a monthly bus pass is £33.

Those looking for affordability and contentedness should find it by the bucketload in Pendle. With the wild moorlands all around providing a wealth of natural beauty and the average house price just £92,663, it’s a recipe for low cost success. Renting in locations such as Colne in Pendle is far cheaper than in major cities – a 1 bed flat is as low as £350 a month – and monthly bus travel is around £43. Pendle is also home to a school rated the best in Lancashire (Laneshawbridge Primary School).

North Lanarkshire does well on many affordability fronts, not least the cost of the average home. A two bed terraced house in Shotts, in the north of the county, costs around £99,950. Rent comes in at just £54.80 a week with the weekly household food bill in North Lanarkshire is on average £54.80. Employment levels are high in North Lanarkshire but residents here are the least likely to end up overworked – another plus.

The twin Lanarkshire county also offers good value for money, although slightly pricier. The average home here costs £107,000 and rent is around £57.19 a week. The cost of food is roughly £54.80 a week for the average household. South Lanarkshire is a pretty convenient location too, as the county borders the outer edges of Glasgow with all its culture and employment opportunities.

Darlington scores highly on both the affordability and happiness fronts. Average house prices are around £79,000 and the town sits in the Top 10 of the Life Satisfaction Index from the Office of National Statistics. A monthly bus travel pass costs around £38 and commutes tend to be short. Average weekly rents are around £67.20 and living costs are low – the average household spend is £48.60 in Darlington, compared to Berkshire, where it is £63.20.

Stoke is going for the UK City of Culture award 2017 and has a bustling local arts scene that covers everything, from pottery to film. It’s also an affordability hotspot and ranks in the Top 10 with average house prices of £102,877. Monthly rents can be as low as £400 and utilities £50 per month. Monthly tickets for public transport come in at around £50.