House price rises slowed significantly during 2016 and experts are warning that this sluggish growth is likely to continue this year with uncertainty about Britain’s withdrawal from the European Union. Meanwhile, changes to stamp duty in 2015 are continuing to have an impact on the very highest end of the property market where the cost of buying a home has increased dramatically.  Furthermore, higher rate duty charges on second homes came in in April 2016 and it is expected that these will have a further depressing effect on prices. And for those needing to move for space reasons there is a clear trend to improving their home rather than moving. 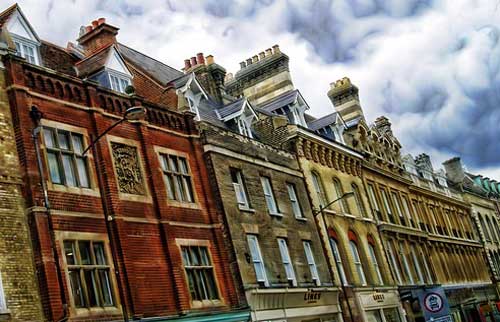 So what will happen to prices this year?

The latest national figures for house prices are for October 2016. Released by the Office for National Statistics, these show that UK prices rose 6.9 per cent in the year to October which was the lowest overall rise since the end of 2015 with the average UK house now costing £217,000.

Growth has slowed across all housing sectors with virtually every index now suggesting that the slowdown will continue throughout 2017. The Royal Institution of Chartered Surveyors (RICS) has forecast just a 3 per cent rise in prices this year while Countrywide, the UK’s largest estate agent, releasing even worse predictions. It believes that Brexit, higher inflation and rising fuel prices will mean that house values will rise by just 1 per cent this year.

At the top end of the market, prices have been held back by the stamp duty changes and the uncertainty caused by Britain’s decision to leave the EU. While many estate agents have said that they have seen an increase in interest in UK property from foreign buyers because of the weak pound, many developers have said that sales of the most expensive new builds have been falling. Some developers have even resorted to changing some of their most expensive homes into flats to try and sell them.

Savills has reported that by the end of 2016, property in the most expensive parts of London had fallen by 9 per cent but that this fall was now likely to stabilise thanks to foreign buyers.

Stamp duty changes have also had a significant effect on the buy-to-let market with sales booming in advance of the change and then slumping immediately afterwards. HMRC figures show that in March 2016, there was a 77 per cent rise in the number of buy-to-let sales with 29,300 mortgages for landlords approved. But since the changes to stamp duty, sales have fallen with the numbers now just half of those recorded during 2015.

The withdrawal of mortgage interest tax relief and more rigorous affordability checks by the banks are likely to bring further downward pressure to the buy-to-let market this year.

After years of declines, the number of new homes built in the UK rose by 4 per cent last year. Taking into account both house conversions and demolition of older properties, about 190,000 homes were added to England’s housing stock during 2016 – the highest number since the financial crisis of 2009. But some analysts are warning that economic uncertainty mean that the figure is almost certain to be lower this year.

While the average price rise of 6 per cent looks relatively healthy, that figure masks disparities across the country. Most of the growth has been in London, the South East and East of the UK with stagnant or falling prices across much of the rest of the country. Some agents are predicting that while the market in the South East may be depressed through 2017, other areas could return to growth. Rics says that it thinks that the North West, West Midlands and East Anglia will outperform the rest of Britain in the year ahead.

A spokesman for the institution said that the impact of the Brexit vote was most likely to depress prices in London which is particularly vulnerable given its reliance upon the financial services industry and the export of services to the rest of Europe. The spokesman said: “There might actually be a boost in areas outside London with strong export markets, perhaps the West Midlands, as long as they are not buying a lot of materials in from overseas.”